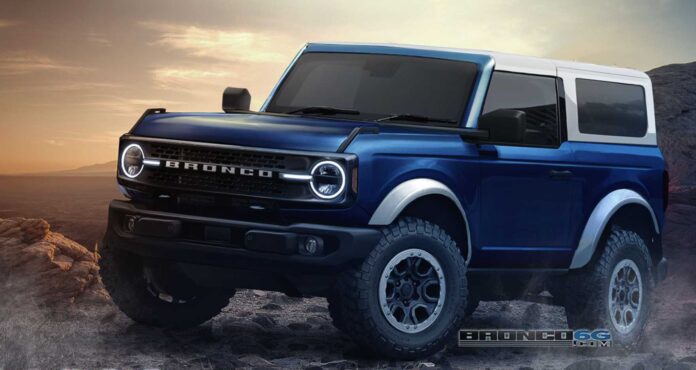 Ford announced the release date of the highly anticipated new model Bronco, in a statement from its official Instagram account. The official launch of the vehicle will take place on July 9.

The wild is coming back. At least according to the Bronco announcement from Ford’s official Instagram account. The new Ford Bronco will be officially introduced on July 9. The launch of the vehicle has been postponed many times before.

2020 Ford Bronco, one of the most curious models of this year, has been one of the vehicles sainted by the coronavirus. The vehicle’s constantly postponed introduction will eventually take place and will be held entirely digitally.

Ford Bronco coming to mix up the market

Under the curiosity of 2020 Ford Bronco, there is a fuss caused by the American giant. Jim Farley, Ford’s COO, who decided to change the balances in his segment, said that Bronco would be better than Wrangler. As is known, Jeep Wrangler is known as the leader of the segment.

Rumors are moving forward that the vehicle will come with many different engine options. One of these options will be the 2.3-liter EcoBoost engine. Another alternative will be the 2.7-liter V6 engine from Ranger. Diesel and V8 options are also expected in the car.

For now it was stated that the car will not come to Europe. This means that the vehicle will not go on sale in our country at least at the moment. Of course, this situation may change in the future. Events may change as the new car goes on sale.

There has been an intense competition among the land vehicles recently. Although the Jeep Wrangler is strong in terms of performance, the scores it received from the safety tests were quite confusing. When we look at the overall rating, the vehicle performs above average, with the best expression.

We will be able to learn more about the new car’s promotional event. In addition to the vehicle’s performance and engine information, we will obtain information about the interior design and prices. After the introduction on July 9, we will present this information to you.