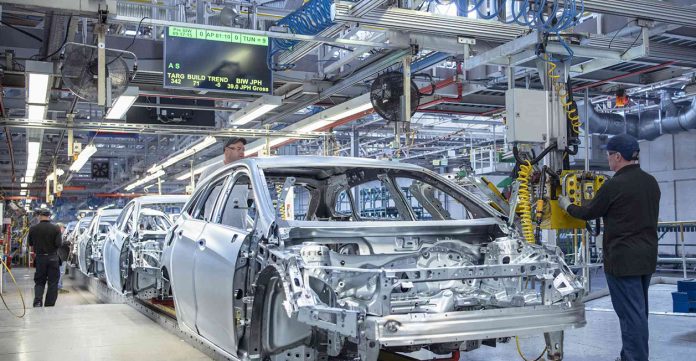 Ford opens the door of a new era for vehicle groups such as cars and vans. The automotive giant has entered a new crossroads in its investments in the Internet of Things (IOT) over the past four years. Accordingly, the company offered wireless software updates for Ford vehicles. The company will also begin to integrate the Amazon Alexa assistant to the vehicles.

The US automotive giant started to transfer its experiences in the Internet of Things to the field. In an age where internet connection speeds are increasing gradually, Ford Power-Up brings a solution to this problem with software updates.

The wireless software update facility offered for Ford vehicles will not only be updated with multimedia systems. Power-Up can update more than 110 computer modules, especially in high-end models.

The bad news for Ford vehicle owners is that this update will only be available for new vehicles. The company announced in its statement that almost all of the newly produced vehicles will be offered wireless updates. Accordingly, the company will activate this feature in 2022 models.

The company plans to produce 33 million vehicles equipped with the Amazon Alexa assistant alongside the Power-Up by 2028. No information was shared about in which countries the Power-Up service, which provides wireless updates for Ford vehicles, will be used. However, looking at Ford strategy, the brand will include this feature in its high-end vehicles sold all over the world.

The Alexa assistant to be placed on the vehicles also offers important opportunities to drivers. Drivers using the assistant will be able to use voice control to start or stop their engines, lock or unlock doors, defrost their windows, make calls or play music.

Drivers with Alexa smart home devices will also connect the two systems. Thus, Ford vehicle owners will have the opportunity to turn on the lights of the house and open the garage door from the vehicle. Ford will deploy the Amazon Alexa voice assistant in 7 hundred thousand vehicles in the US and Canada this year. This important step of the company will not be opened to other countries in the first step.

According to the company, the future wireless update technology for Ford vehicles will save both the drivers and the authorized dealers who take the time to update these software.