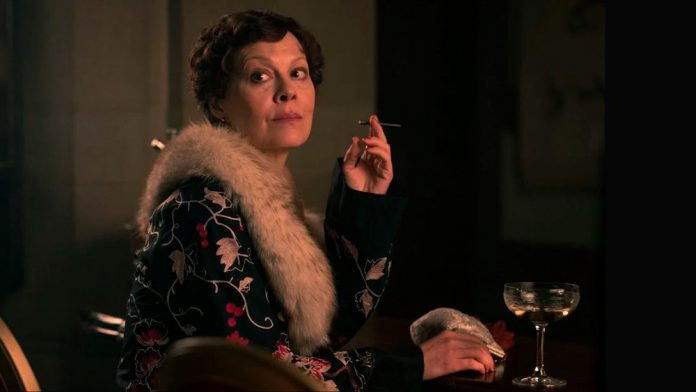 The Peaky Blinders matriarch has proven loyal to the Shelbys time and time again, even at the expense of her son Michael Gray (Finn Cole). However, if Tommy finds out that he has been betrayed by the person he trusts her the most, could he be led to murder her?

Tommy Shelby (Cillian Murphy) doesn’t feel like he can trust many people in Peaky Blinders, but Aunt Polly Gray (Helen McCrory) has always been available to handle business.

Recall that Polly (Helen McCrory) was overjoyed when Tommy located her son and started a chain of events that led to her reconciliation.

Despite this, when Michael (Finn Cole) and Gina Gray (Anya Taylor-Joy) revealed their proposed business plans to expand Shelby Company Limited in the U.S. In turn, Polly turned against her son. after Tommy’s reaction.

Tommy (Cillian Murphy) has been betrayed numerous times by those he trusted, but if Polly were to turn against him, could this spell the end of the Shelbys?

Let’s not forget that Tommy’s (Cillian Murphy) plot to assassinate Sir Oswald Mosley (Sam Clafin) was exposed in season five and Shelby’s frontman struggled to cope with the aftermath of the operation.

If he discovers that Polly (Helen McCrory) betrayed him, or worse, chose Michael over him, could this be the act that prompts him to kill his closest ally? Could fans see a softer side to Tommy (Cillian Murphy) in season six when he finally walks away from the death of Grace (Annabelle Wallis)?

Remember that you can catch up with the Peaky Blinders seasons through the Netfix platform.

BILLIE EILISH WAS NOMINATED IN THE MOST IMPORTANT CATEGORIES OF THE...