Home Celebrity “For the Sake of all mankind”: Maria Mashkova and Dimitar Marinov joined... 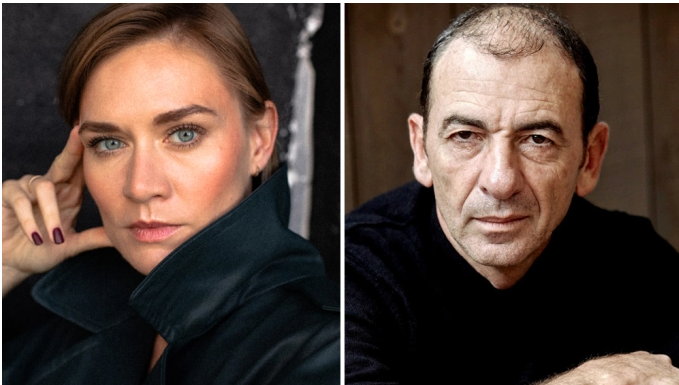 EXCLUSIVE: Maria Mashkova (“Makmafia”) and Dimitar Marinov (“Green Book”) have joined the upcoming fourth season of the Apple TV+ space drama “For the Sake of All Mankind” in key recurring roles.

Created by Ronald D. Moore, Matt Woolpert and Ben Nedivi, For the Sake of All Mankind explores what would have happened if the global space race had never ended. The series presents an inspiring world in which NASA astronauts, engineers and their families find themselves at the center of extraordinary events seen through the prism of an alternative historical timeline — a world in which the USSR is ahead of the United States on the moon.

In the third season, the action moved to the early 90s with a race to a new planetary frontier: Mars. The Red Planet has become a new front in the space race not only for the United States and the Soviet Union, but also an unexpected new participant who needs to prove a lot and put even more at stake. The characters come face to face as their ambitions for Mars come into conflict and their loyalty is put to the test, creating a pressure cooker that is brought to a climactic denouement.

Mashkova will play Svetlana, the co-pilot. Marinov will play Ila, a veteran of Martian space.

Executive producer Moore, along with Nedivi and Woolpert, who also serve as showrunners, as well as Meryl Davis, David Weddle and Bradley Thompson. For All Mankind is produced by Sony Pictures Television.

Mashkova recently starred in the arch “Lady in the Lake” with Natalie Portman. Next time she will be seen in the upcoming I.S.S. features with Chris Messina, Pilu Asbek and Ariana DeBoz and “Limonov: The Ballad of Eddie” starring Ben Whishaw for Russian director Kirill Serebrennikov. It is represented by Insurge-Ent and Wrenn Management.

Marinov is known for his minor starring role in the Oscar-winning film The Green Book, where he played Oleg. He also appears in the reboot of “Night Court” on NBC. He is represented by the Aperture talent agency and managed by The Arlook Group.