Home News For the first time in history, an asteroid was bombarded: what now? 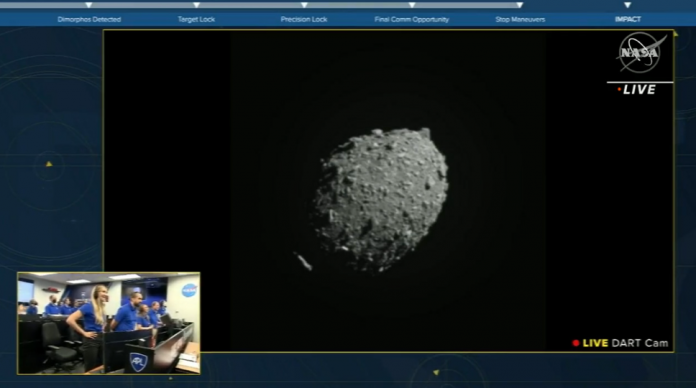 NASA’s DART asteroid defense project was tested last night during the crash. The collision happened as expected. Okay, what now?
A very important event happened on our planet at night. The US National Aeronautics and Space Administration (NASA) has officially taken the first step of a project called DART, which was implemented to protect our planet from a possible meteorite threat. Targeting a meteorite called Dimorphos, the institution successfully hit this meteorite with a special vehicle that it sent into space.

The NASA meteor destroyer continued its route without seeing anything even an hour before the collision. The spacecraft, which has a speed of about 22,530 kilometers per hour, began to see the meteorite a few minutes before the collision, and communication with the Earth was interrupted at the time of the collision. Those moments, which were watched live by millions of people from all over the world, were perceived as the beginning of a new era for the world.

“We just knew where to hit”

Explaining what they went through during the collision, NASA representative Elena Adams said that at the first stage she had a feeling of surprise. Because this meteorite has never been studied so thoroughly. It is not known exactly what he looked like. “We just knew where we were going to hit.” Adams said everyone was holding their breath.

So what happened to this collision?

NASA has successfully completed an experiment conducted at night. So what did this collision lead to? Lori Glaze is the name that gave the answer to this question. “We are starting a new era of humanity, an era in which we have the opportunity to protect ourselves from something like a dangerous meteorite impact. What an incredible thing. We’ve never had this ability before.” said the scientist, in a sense foreshadowing that we will not share the same end as the dinosaurs. Of course, there are also meteorites in the universe that are thousands of times larger than the Dimorphos meteorite that fell last night. However, we do not yet have an effective solution for meteorites of this size.

If you think that a successful NASA mission has ended, you are mistaken. As a matter of fact; the process is just beginning. So much so that in the next few weeks, the first data on the results of the collision will begin to arrive. In a few months everything will be finalized. Scientists will use data obtained from other spacecraft and understand whether there is a change in the orbit of the meteorite. So it will be clear whether DART has achieved its goal or not. In 2024, the European Space Agency will step in and send a new spacecraft to Dimorphos. This spacecraft explores the remnants of the collision.