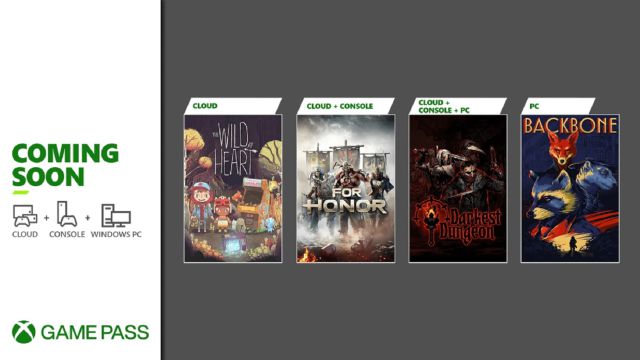 For Honor: The month of June begins with new arrivals, although there will also be other titles that will say goodbye in the coming weeks. Microsoft’s subscription service will be reinforced with new video games. Now that June has entered, players will have access to new titles in the days to come, which will join the already extensive Xbox Game Pass catalog on Xbox One, Xbox Series X, Xbox Series S, PC and streaming on iOS and Android devices. . This time around, For Honor and Darkest Dungeon top the list for June, but they won’t be the only ones to debut:

Microsoft has also detailed the downloadable content that will be available to subscribers. In this way, Gears 5 will have a special pack for the celebration of Pride 2021. The expansion of The Elder Scrolls Online, Blackwood, will be made available to users from the same day of launch, that is, on June 8 . Bethesda’s video game will also receive a patch that will optimize it for next-generation consoles, Series X and Series S in the case of Microsoft.

Electronic Arts recently released Knockout City, a new multiplayer title that Xbox Game Pass Ultimate subscribers can enjoy without purchasing the full product. All content from Season 1 will be added during these weeks.