Home Crypto “Footsteps of Fear” Fund Manager: Get Gold and These! 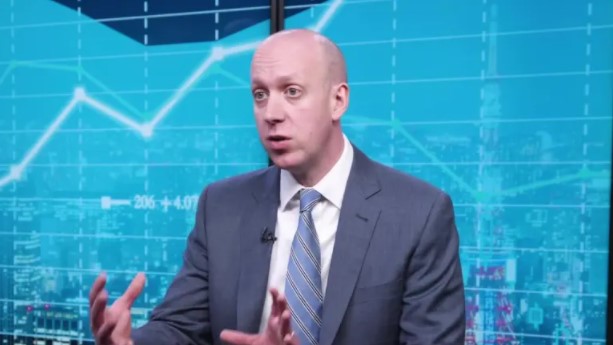 After ten years of stubborn low inflation, prices are hitting 40-year highs. VanEck’s David Schassler shares why the inflation-focused ETF he manages is better than 97% of its peers, and gold and similar products to hedge against inflation.

A fund that benefits from inflation

The VanEck Inflation Allocation ETF (VanEck ETF) started trading in April 2018 without much fanfare. Twenty-two months after its founding, VanEck’s inflation-focused exchange-traded fund fell 0.4% just before the pandemic hit. The fund rallied as much as a 2.7% gain before falling to a 6.5% loss and spending most of the past two years trading in this tight range.

After barely moving for almost two years, the VanEck ETF lost a third of its value in the 30 days between the end of February and the end of March 2020. A staggering stagnation in economic activity caused widespread fears of economic collapse and price deflation, and as a result, the entire market sank.

David Schassler, VanEck’s head of quantitative investment solutions and one of the two portfolio managers for the fund, says what happened next became obvious, but that was unimaginable just two years ago. Inflation has soared to four-year highs and shows no signs of slowing down. While very high inflation scares most investors, for David Schassler’s fund, which rose 21.5% last year (better than 97% of its peers) and has risen 3% so far this year and is in the top 2% of funds in 2022. A dream scenario leading to the Morning Star.

How to make a winning bet in a market full of uncertainty?

David Schassler says there are three main reasons VanEck’s inflation ETF dominates as fears of high inflation hit the markets: It buys inflation-fighting assets, can adapt to different inflation regimes, and is well diversified across asset classes. The combination made the ETF a winning bet in an uncertain market, and as prices remain high, so will demand for funds that can fend off inflation.

According to David Schassler, there is a serious risk that price increases will settle, as the Federal Reserve, which is tasked with keeping prices stable, lags behind the curve of raising interest rates. Schassler adds that higher interest rates will slow both the economy and inflation, but too fast an increase will lead to ‘stress cracks’ in the economy that could cause another recession:

We think the Fed will be in a very, very difficult situation to raise interest rates without having a profound negative impact on the economy. In other words, we think that they are in a very difficult situation where the inflation rate is very high compared to where they started. The probability of a policy error is very high. So they are trying to raise interest rates in a declining economic environment.

An ideal portfolio for inflation: Commodities, gold, Bitcoin and others

Regardless of how the Fed will respond to rising prices, one almost guarantee is that inflation will be higher in the 2020s than in the 2010s, according to David Schassler. Schassler says that in a hyperinflationary environment, investors should ensure that real assets make up 10% to 15% of their portfolio, and gives eight examples of valuable inflation hedges: commodities, natural resource stocks, gold and gold miner ETFs, real estate investment trusts, principal limited liability companies. partnerships, infrastructure stocks and Bitcoin.

Schassler expects a major bifurcation between those who can handle inflation (those who benefit from inflation) and those who can’t (usually longer-term assets). He adds that growth stocks with higher valuations tend to suffer as interest rates rise. The VanEck Inflation Allocation ETF includes the positions in all the examples above, but perhaps the most confusing part of VanEck’s inflation ETF is the Purpose Bitcoin ETF (BTCC), which allows buying Bitcoin (BTC). In the roughly 365 days since VanEck added Bitcoin to its inflation ETF mix, the token has dropped nearly 22%.

A few months ago, it was believed that the leading cryptocurrency would be an inflation hedge. The thesis presented by Schassler is simple: Bitcoin’s supply is limited, like gold, and unlike other cryptocurrencies, it is easily transferable and impossible to counterfeit. However, this theory has not been proven so far. In fact, in mid-November, ‘digital gold‘ fell 40% from its record level, even after a 15% rebound from its late-January lows, as evidence emerged that persistent inflation was becoming a problem. By comparison, gold (the oldest inflation hedge) rose about 2% over this period.

However, Schassler does not give up on the Bitcoin bet. “There is a scenario where Bitcoin is going up and volatility is your friend,” says Schassler, although the cryptocurrency doesn’t have a long history of gold and has suffered from some wild price swings. “Historically, rejecting disruptive technology has been a losing proposition,” says Schassler.

No one knows exactly the future. We think the timing isn’t long enough to tell you how long inflation has been around and how well Bitcoin has been doing since inflation came along. Actually, I can say the same for gold. Gold hasn’t performed well since inflation emerged, but it’s still a very strong inflation hedge in our view. It’s still too early for the cycle.

2 Analysts Warn: Bitcoin Price Could Drop To These Levels!