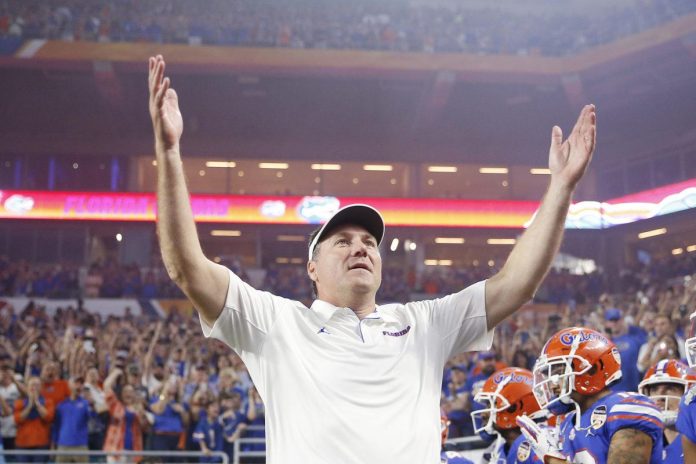 On Friday, Mullen tweeted a graphic image of his forecast. Two of the usual suspects were on the list—Alabama and Ohio State—along with the alleged Pac-12 champion Utah.

But it was Mullen’s last choice that is perplexing: North Carolina State. The Wolfpack enters the season as the No. 13 team in the country – third among all ACC teams.

However, there are virtually no analysts predicting that North Carolina State can use its strong preseason ranking to travel to the college football playoffs. And as you can tell from the reaction on Twitter, the fans are just stunned.

Reactions range from intrigue to accusing Mullen of stupidity or drug addiction:

North Carolina State would have to defy a ton of history to achieve double-digit wins, not to mention reaching the college football playoffs.

Since the Wolfpack’s first season in 1896, they have exactly ONE double—digit winning season-their 2002 campaign with Chuck Amato, where they finished 11-3.

North Carolina State hasn’t won a conference title since the 1979 ACC Championship. They didn’t even make it into the top 10 of the Associated Press postseason poll.

But if they do, Dan Mullen will look like an absolute genius.

See: The world of college football reacts to the news of...