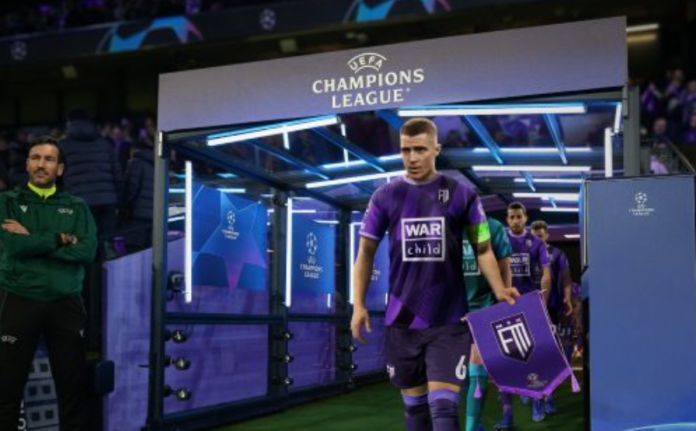 There are not many changes, but the “Football Manager” still claims the title.

You need to dive into Football Manager to see the details. That’s why I’ve already played four seasons and led Dover Athletic to the Sky Bet Championship. That’s definitely the reason. Football Manager 2023 is just as intrusive as the other games in the series, and still has the magical ability to eat up an entire evening in the blink of an eye.

Football Manager 2023 is supposedly a game in which you need to view pages and pages full of data. That hasn’t changed, you’ll be poring over statistics, poking and prodding tactics, and then trying to turn your team into world winners. The biggest advantage of Football Manager 2023 is that you can go into almost any team playing competitive football, and it feels authentic. Do you want to guide a team from South Vanarama to victory in the UEFA Champions League — now officially licensed? You can do it. Want to help PSG win silverware? Quite achievable.

In fact, the growth of the team and changing its status is one of the most attractive ways to play Football Manager. The best FM2023 improvements relate to hiring and celebrating, improving the process of buying and selling players, and adding a dynamic manager timeline that appears at the end of each season to tell you about the biggest achievements in your career. Since many FM fans spend 30-40 seasons every year, this is a good way to revisit that rainy 3-0 win over Wrexham that pulled you out of Sky Bet One into the championship 27 seasons ago.

For most people, the real advantage will be the squad planner. This works the same way as the old squad depth report, but here it allows you to map the squad for several seasons ahead, allowing you to identify problems so that you can target players more intelligently: in the preseason, it may be useful to inform you that you need a left-back, but you can also use it to plan the departure of your star midfielder in a couple of years. It is information-rich and requires little customization, but once you master it, it will become one of the most powerful tools in the manager’s arsenal.

The agents were also reinforced. They are still grumpy gatekeepers for your players, withdrawing extra money from every contract deal and spoiling the work, but you can also use them to voice the player’s demands before making a move, and even ask them to resolve the player’s dissatisfaction. Now it seems that agents have become part of the ecology.

Creating this team is often the most exciting part of the game: different leagues have their own unique transfer windows, but this will often be the most exciting moment of the game. The rest of the time you will spend juggling training schedules, injuries and communicating with digital children with whom you have overwhelmed yourself.

The problems with Football Manager 2023 are the same problems that arise from year to year. The game doesn’t do a good job with the rapid ascent of the team: teams that get promoted one after another often suffer from tiny salaries and a non-existent budget for transfers, while rented players are not an option because the game still thinks that you are a small fish, despite the fact that you have risen from lower leagues in the championship. However, this problem is probably real, and this is an extreme case, very few players will face such difficulties.

Communicating with journalists is still tedious, and you won’t be judged for sending your assistant manager to every possible press conference. During the season, you will give the same answer to the same question 10-15 times. I’m not sure the answer is to fix this, but if Football Manager 2024 does one big renovation, I hope it’s about how things are handled with journalists and the media. At the same time, as with any part of Football Manager that you don’t like, you can just defer it to the in-game staff.

If you’ve never played a Football Manager game before, I need to summarize. Football Manager 2023 is a grand strategy game. It will appeal to people who don’t think they like global strategy games — people who don’t dream of looking at a map of Europe and coloring it in their own color in Victoria 3, Crusader Kings 3 or Hearts of Iron 4, but love football. spend hundreds of hours here without noticing.

However, fans of these strategy games should not write it off. Football Manager is a joke—making tool, and it’s almost impossible not to immerse yourself in this strange alternative world of football until you become a bore in a pub telling people about your performance in the 2040 Champions League with a number of players who don’t even exist in the real world. Nevertheless, they will seem real to you, isn’t that the point?

Football Manager 2023 is released on November 8 on PC, mobile devices, Nintendo Switch and Xbox. The PS5 version is scheduled for a later date. This review was played on PC.