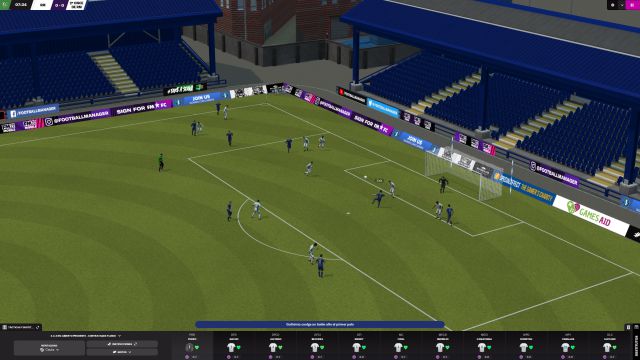 Simulation, with all the letters

Alternatives that allow active player control are at the head of the genre, but there is life beyond FIFA, eFootball and derivatives. Football Manager is committed to bringing football behind the scenes to the reach of your computer, console or mobile phone.

Because in football the figure of the coach is undervalued. What fans see in 90 minutes is just the tip of the iceberg of all the work behind it. The match is the result of weeks and months of constant work. I work from the blackboard, the grass, and even from the emotional side. Soccer, as in life, is a complex path full of obstacles to overcome.

The success of the British Sports Interactive has been achieved in the same way. During their career they have built a simulator that has been reinforced in tools. Its solid pillars allow it year after year to be the only alternative for enthusiasts on this side of the court. More than 500,000 real footballers are found in its database, both stars and homegrown players, spread over around 123 leagues.

As in the FIFA competition against eFootball, we can find a selection of official licenses. The absence of LaLiga Santander and Smartbank is one of the most talked about in our country, tied exclusively to EA Sports products. However, we can find the full Bundesliga license (including the second division and the super cup), La Ligue 1 Uber Eats and Ligue 2 BKT in France, the Eredivisie in the Netherlands and the MLS, among others.

Cowboy Bebop: Netflix reveals the intro of its live-action and there...