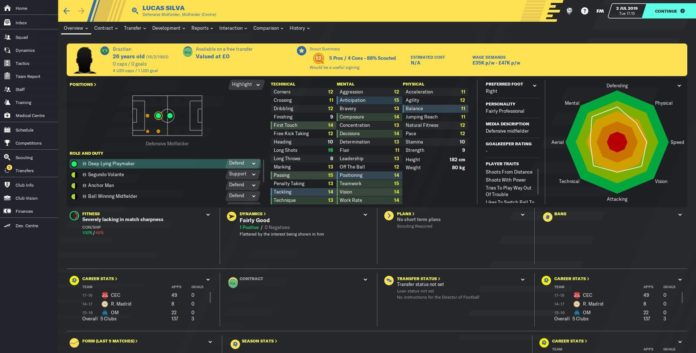 According to the statement, the manager game Football Manager 2020, developed by Sports Interactive, can be played on Xbox Game Pass for PC. As you know, Xbox Game Pass is a subscription package where you can play high-quality games on Windows 10 for a monthly fee.

Xbox Game Pass is a subscription system that allows you to play high-quality games in Windows 10 for a monthly fee. Players can access many games through this system. The last member of the system was Football Manager 2020.

By playing Football Manager 2020, you can become your coach, build your own team, transfer and sell players, and run from success to success with the tactics you use in matches. You will try to make your own club a success within 2,500 clubs and you will determine the fate of 500.000 real players and technical staff.

When the first information about Football Manager 2020 started coming, many people saw the game not as a continuation of Football Manager 2019, but as a new version. When the beta version of the new game called ‘FM 2019,5’ came out, the ideas started to change. Although there are not much changes in the graphics that are considered like the match engine, the changes in terms of gameplay and club management are noticeable. Apart from that, additional questions were brought to interviews that have remained almost the same for years.

With Xbox Game Pass for PC, you can get unlimited access to over 100 high-quality computer games on Windows 10.