Home Celebrity Foo Fighters canceled a performance at the Grammys 2022 after the death... 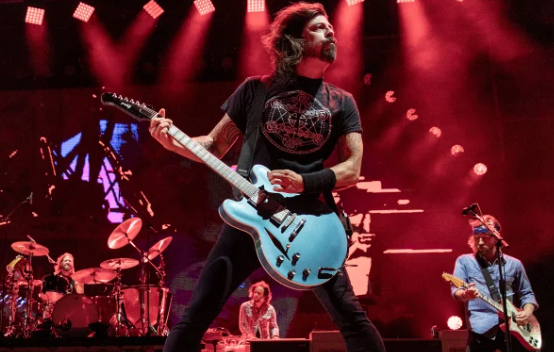 According to the source, the band “will not perform” in Las Vegas during the awards ceremony on Sunday, April 3, as originally planned.

The news comes after Hawkins was found unconscious in his hotel room in Bogota, Colombia, on Friday, March 25, at the age of 50. Rami Jaffee and Pat Smear suffered from chest pains shortly before their deaths.

The cause of the musician’s death has not yet been disclosed, as Colombian officials continue to investigate. A preliminary toxicology report showed that Hawkins had 10 drugs in his system, including opioids, marijuana and antidepressants, according to a statement by the General of the nation on Friday, March 26, in Fiscalía.

On Friday, the Foo Fighters took to social media to address the “tragic and untimely loss,” writing, “[Taylor’s] musical spirit and infectious laughter will live with us all forever. Our hearts go out to his wife, children and family, and we ask that their privacy be treated with the utmost respect during this unimaginably difficult time.”

The Texas native is survived by his wife Alison Hawkins and three children: Oliver, Annabelle and Everly. Hawkins originally joined the Foo Fighters in 1997 and was inducted into the Rock and Roll Hall of Fame along with the members of his band in 2021.

On the eve of the Grammys, the Foo Fighters noted that they were postponing the rest of their live performances.

“It is with great sadness that the Foo Fighters confirm the cancellation of all upcoming tours due to the stunning loss of our brother Taylor Hawkins,” said a statement on the band’s official Twitter account on Tuesday, March 29. “We apologize. and we share the disappointment that we will not see each other as planned. Instead, let’s use this time to mourn her, draw our loved ones to us and appreciate all the music and memories we have created together.”