Home Crypto FOMC Minutes Announced! How Will It Affect Bitcoin and Altcoins? 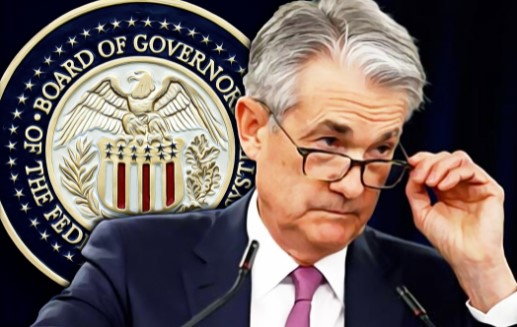 The FOMC minutes, which are expected to affect all markets on a global scale, have just been announced. Bitcoin (BTC) experienced a drop of $ 5,000 when the last minutes were opened. Speaking after the meeting in January, Powell took a hawkish stance. For this very reason, the January FOMC minutes were eagerly awaited.

Has the FOMC Released the Minutes?

Yes, as of 22:30, the minutes have been announced and we will be sharing the details with you instantly. By refreshing the news page, you can reach the details in the minutes as quickly as possible. The following minutes will be extremely active for cryptocurrencies.

Bitcoin finds buyers at $ 43,830 at the time of writing. Here are the important details in the FOMC minutes;

Respondents remained optimistic that the committee would soon complete their net asset purchases.

At the beginning of March, asset purchases are expected to stop completely.

Respondents felt that flexibility should be maintained in order to make adjustments based on risk management issues.

Some respondents saw emerging risks to financial stability. Like the rapid growth in crypto assets and decentralized finance platforms.

Participants think that a faster rate hike compared to the period after 2015 would be justified.

Respondents felt that flexibility should be maintained in order to make adjustments based on risk management issues.

If inflation doesn’t come down, the FOMC will tighten faster.

Several respondents argued that the structural problems that have contributed to low inflation over the past decade may re-emerge after the pandemic.

Inflation is likely to decline in the remainder of the year as supply and demand ease and monetary policy support is lifted.

Policymakers are seeing substantial evidence that the labor market is extremely tight.

According to the minutes received from FEDWATCH, it fell below 50% of the 50 basis point rate hike expectation in March. As of 22:19, Bitcoin finds buyers at $ 44,150. Participants did not take a specific decision on balance sheet reduction. For cryptocurrencies, this can be positive.

The FOMC minutes triggered a move this time in favor of cryptocurrency investors. The expectation in March was a 50 basis point increase, but this probability has decreased. Bitcoin (BTC) sees a possible 25 basis point interest rate increase as good news for now and is priced above $44,200 again. This move is temporary for now, we will see how the minutes will actually be priced in the coming hours.

Another important detail is the attitude of some FED members towards the DeFi ecosystem. The popularity of decentralized financial systems doesn’t seem to appeal to members. In an environment where regulations are discussed, such opinions being voiced loudly can create a FUD effect in the short term.