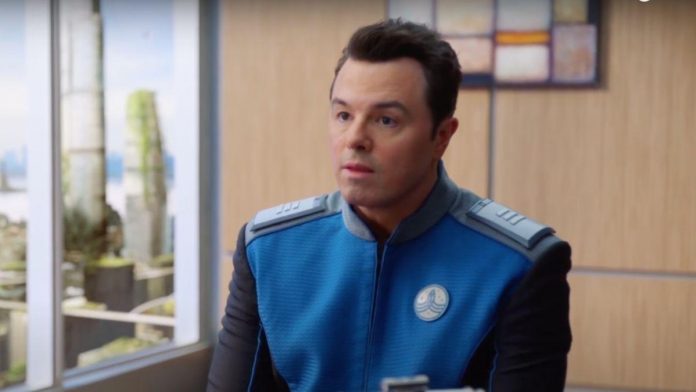 “Orville: New Horizons recently presented Season 3 on Hulu, and there is still no information about whether it will return in season 4. Fans knew from the stars of the show that the series needed a loyal audience from anyone with a Hulu subscription and social media engagement to make it happen, and they’re still waiting to see if that’s enough. While everyone is waiting to find out about the fate of the series, Seth MacFarlane talked about how the upcoming premiere of the series on Disney + can push the needle to update.

Seth MacFarlane, who created “Orville” and played Captain Ed Mercer in the series, recently spoke with TVLine about the chances of an extension. MacFarlane mentioned that the current odds were about “50-50”, but noted that the upcoming premiere of the show on Disney+ on August 10 could help the series:

I hope that when the show comes out on Disney+, people who haven’t discovered [Orville] yet will suddenly give it a chance. I think creatively and from an audience point of view, when people sit down and give the show a chance, it reverses their expectations. The biggest burden of the show is prejudice. People think it’s one thing — there are people who think it’s a sitcom — and when they sit down to watch it, they realize it’s something completely different. Once you get people’s attention, the show does its job, it speaks for itself, and people tend to get hooked.

Seth MacFarlane believes that if people give Orville Seasons 1-3 a chance on Disney+, perhaps their audience on the platform will increase. CinemaBlend spoke to franchise director John Cassar, who essentially stated the same thing and saw the arrival as only a positive impact on the chances of an extension.

Purely reflecting on this comment, it is possible that the amount of streaming “Orville: New Horizons” on Hulu did not make this a clear decision regarding the extension. If that’s the case, then it seems obvious that opening the show to another subscription platform on Disney+ can only help.

Orville: New Horizons has certainly adapted to both realities and decided to split the difference between creating the future of its universe and creating a happy ending for fans. In the penultimate episode, there were many game-changing events, such as the end of the war with Kaylon and the alliance between the forces of Moklan and Krill. If there is an extension of season 4, there will be more than enough ideas to explore in these two events alone.

However, the finale of the third season was more lighthearted. Fans witnessed the marriage of Isaac and Dr. Claire Finn, and in general, this episode was similar to the series finale with joyful moments and unexpected cameos (although not as unexpected as the Dolly Parton cameo, for which the series moved the set across the country). If this is the end of the line, it will certainly be a bummer, but it will also be better than a show without a proper ending and an abundance of cliffhangers.

Another good thing is that Seth MacFarlane has also confirmed that despite his increasingly busy schedule with Scott Grimes and Ted’s upcoming TV adaptation, he’s still very passionate about the sequel to “Orville.” MacFarlane has officially announced that he will star in the fourth season, even if his schedule is busy:

I will say that I am as emotionally invested in the show as any of the fans. So I will find a way to do it if there is a season 4.

Seth MacFarlane made a promise, so now fans should do everything possible to spread the word and attract more people to the game “Orville: New Horizons”. Fan campaigns to extend the show have power in Hollywood these days, so it’s possible that they can help create season 4.

Seasons 1 to 3 of Orville will appear on Disney+ on Wednesday, August 10. We’re looking forward to a new season, especially after the emphasis on serious storytelling led to some of the best episodes of the entire run.

The Batman: Vietnam, The Grim Reaper And Adam West Were Inspirations...