Home Entertainment Following the comments of William Shatner, the son of the creator of... 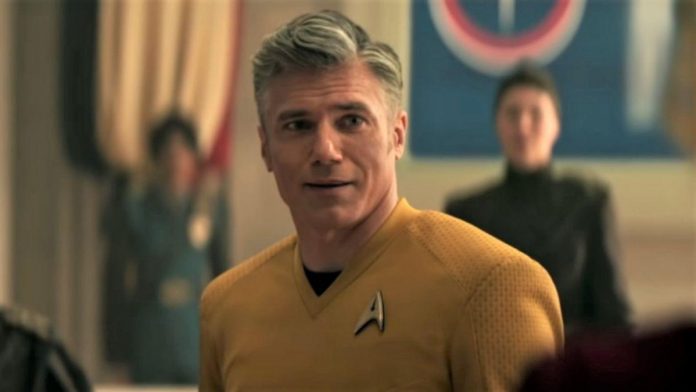 William Shatner caused quite a stir at Comic-Con in San Diego when he said that the creator of “Star Trek” Gene Roddenberry “will turn over in his grave” because of some new things happening in recent productions. Fans and even stars of new shows like Melissa Navia had something to say about Shatner. Now the discourse is still going on, as Roddenberry’s son, Rod, has shared how he thinks his father will react to Strange New Worlds.

It was during an interview with Screen Rant that Roddenberry spent some time discussing “Star Trek” and expressed his opinion about how his father would treat “Strange New Worlds”. And the comments on the show definitely sounded more optimistic than those shared by William Shatner:

I think he would be very proud of it. I think I was a little surprised by the uniqueness of each episode of Strange New Worlds. I am impressed that they are doing this. It shocked me a bit at first because we have a few comedy episodes — or at least some comedy moments. And these things that I initially said when reading the scripts that I do not know how it will happen. I don’t know how the public will take it. But they nailed it. And the fans are going crazy about it. And I’m so proud of all the creators. They’ve done an incredible job on Strange New Worlds. And I am delighted with them.

“Star Trek: Strange New Worlds” got an A from Roddenberry, and he thinks his late father would have liked it too. I have no doubt that his opinion will carry serious weight for fans, although it is worth noting that as an executive producer of the show, Roddenberry may be somewhat biased. The producer also told CinemaBlend about a year ago that he sees Gene in all modern Trek shows, so you’d think he treats the other series that are currently on the same way.

For his part, the younger Roddenberry spent a lot of time studying his father’s life while working on the documentary Trek Nation. I’m sure William Shatner and Roddenberry have strong arguments about the late producer, since both obviously knew him well enough. But, in the end, no one can honestly say with 100% certainty how he would feel about the franchise today, since his opinions about the franchise have changed from project to project.

For example, Gene Roddenberry wasn’t particularly keen on some fan-favorite “Star Trek” projects, such as “The Wrath of Khan” and “Deep Space 9” (which Alex Kurtzman recently discussed with revival plans). Given this, it’s possible that there may be at least a couple of things in modern shows that he may not be a fan of.

However, whether William Shatner is an authority on this issue is another story. In the end, Shatner shot “The Last Frontier” in 1989 — a film that, as you know, Gene Roddenberry did not like. So it looks like even they had their own creative differences when it came to the Track.

Rod Roddenberry’s statement is another option that can be added to this mix, as “Star Trek” fans are waiting for more content to appear, including season 3 of “Lower Decks” (which can be streamed on a Paramount+ subscription). I am sure that many are ready to move away from this discourse, and more content should distract those who want to do this.

The premiere of the third season of “Star Trek: Lower Decks” will take place on Paramount+ on Thursday, August 25. And, of course, if you want to make up your own opinion about Strange New Worlds, you can also broadcast it on the platform. Also, keep an eye out for other upcoming Star Trek shows coming in the near future.