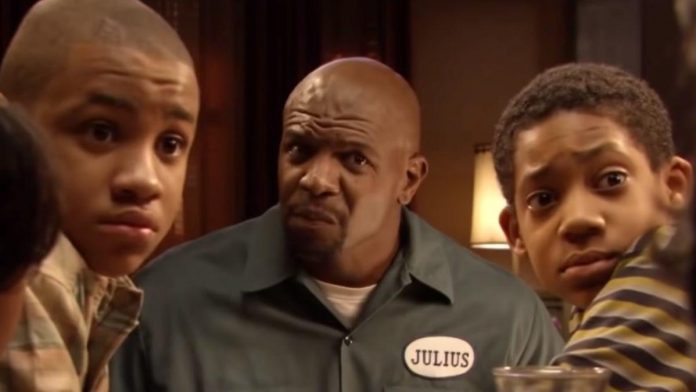 Everything old is new again on TV, as we’ve seen a host of beloved actors reuniting for projects such as retrospective specials for Friends and the Fresh Prince, as well as re-watch podcasts such as Pod Meets World. Of course, there have been several full-scale revivals along the way, from Joe Millionaire to Law & Order and the upcoming returns of Night Court and Quantum Leap. ViacomCBS is particularly enthusiastic about such revivals and sequels, especially when it comes to iconic MTV works such as Clone High, Daria, Yo! MTV Raps and Beavis and Butt-Head, with the latter animated series debuting its final season on Paramount+ on August 4. Now the company has confirmed that Chris Rock’s family comedy “Everybody Hates Chris” is returning to television.

Unlike some of the aforementioned projects, which, in fact, just rely on what made them work in the first place, fans can expect some differences from “Everyone Still Hates Chris”, and not only in that the title is now one word longer. Firstly, the new show will be a reinterpretation of the original series and will now become an adult animation project, bypassing the live-action approach for all ages that made the current Abbott Elementary leader Tyler James Williams a star.

In addition, “Everybody Still Hates Chris” will not air on the original comedy’s home network on the CW. (It was originally a Fox project, which later ended up on UPN before that network merged with the CW.) Instead, the new project is making the leap to streaming to join the Paramount+ family, but will still retain linear TV with episodes. also broadcast on Comedy Central. This is the same two-platform approach that the parent company is using in Mike Judge’s new season of “Beavis and Butthead,” which follows the recently released “Beavis and Butthead Make the Universe,” as well as South Park’s split between traditional seasons and streaming mini-movies.

But despite any changes, there are a couple of constants that viewers can still expect. Firstly, Chris Rock is 100% returning to the show in the same capacity as his previous role, in the sense that he will once again act as an executive producer behind the scenes and will once again provide his vocal talents to the show as its central narrator. One can only assume that the show will not touch on Rock’s current life at all, and Will Smith’s apology to awks will be the last chapter in the aftermath of the Oscar Slap.

In addition, the show will adhere to the original concept, in the sense that “Everyone Still Hates Chris” will adhere to the general concept, providing fans with a humorous look at Chris Rock’s teenage years as “a skinny nerd from a large working-class family in Bed-Stuy, Brooklyn, the late 1980s,” it says. in the official release. Just maybe expect a few more jokes that wouldn’t pass muster with your least funny grandparents.

Sanjay Shah, screenwriter and EP for the animated musical comedy “Central Park” on Apple TV+, will also take on the role of executive producer. Not to mention the former writer and story editor of “The King of the Mountain,” who connects things with Beavis and Butt-Head creator Mike Judge. Isn’t it too early to start demanding crossovers?

“Everybody Hates Chris” (opens in a new tab) is one of the many family TV shows currently being broadcast for those with a Paramount+ subscription, so don’t forget to watch all four seasons again before the new series is released. When that’s done, head over to our 2022 premiere schedule to find out what other new and returning shows will be popping up for the rest of the year.

Battlefield 2042 Open Beta; Date, Time And How To Download It...

The 10 Best Cult Classic Video Games of All Time according...