Home Sport Follow the minute by minute of America vs. Independiente Medellín Live 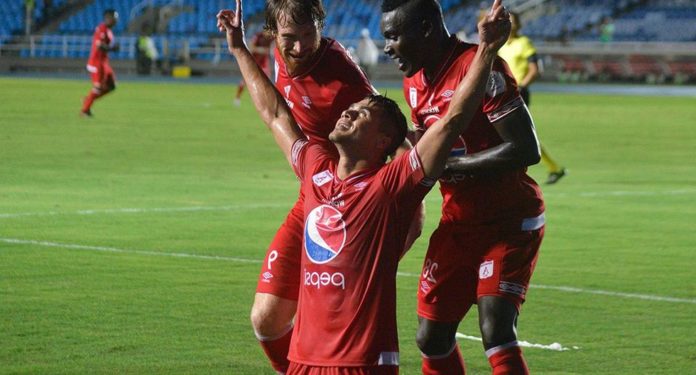 America vs. Independiente Medellín LIVE via Win Sports + by date 5 of the Opening Tournament of the BetPlay League 2020.

Follow the minute by minute of America vs. DIM LIVE via GOL Caracol this Saturday (from 4:05 p.m.) of the match for the fifth day of the 2020 BetPlay League Opening Tournament at the Pascual Guerrero Stadium.

Transmission and minute by minute of America vs. DIM LIVE and LIVE via GOL Caracol and Win Sports + this Saturday, February 15 (from 4:05 p.m. in Colombian territory) of the match for the fifth day of the BetPlay League 2020 Opening Tournament at the Guerrero Pascual Stadium. Follow the main incidents of this great game between two teams leading the coffee tournament and sharing the same numbers in the current league: both have 7 points with two games won, a draw and a loss .

To watch live football like this match, you have different alternatives for streaming service and TV channels that we will present below.

From 16:05 hours (in Peru and Colombia), you can see all the incidents of this game through the signals that we show below, with the various platforms that operators present to follow the MINUTE A MINUTE of America vs . Independent Medellin .

Among the options that the coach shuffles to replace both players is veteran striker Adrián Ramos , who arrived this year from Spanish Granada, and the Chilean midfielder Rodrigo Ureña , also signed for this season.

“The fan knows that it is important for us the support that gives us game by game. We hope to make a good presentation on the pitch and win, we have to try to make our game and take advantage of Medellin’s weaknesses , ”said Ramos.

For its part, the ‘Mighty’ arrives at the game in a bittersweet week in which he achieved his classification to the third phase of the Copa Libertadores , but lost 2-0 the second leg in his visit to Deportivo Táchira.

Paraguayan coach Aldo Bobadilla will have to manage his payroll, because on Tuesday he will receive Atlético Tucumán for the continental tournament.

The match will be played at the Pascual Guerrero stadium and the last time they played there the caleños won 3-0 in February last year with Venezuelan triplet Fernando Aristeguieta .