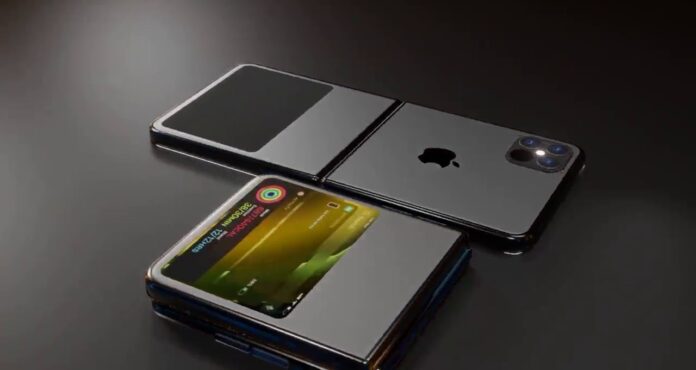 Apple has not yet taken a step forward with foldable smartphones. That’s why foldable iPhones’ designs are up to the imagination of Apple fans. An emerging iPhone 12 Flip concept promises to make iPhones fit again in a pocket.

Foldable smartphones entered our lives last year as a controversial innovation offered by manufacturers. Although companies such as Samsung, Motorola and Huawei have come up with foldable smartphones, Apple has not yet received such an initiative.

Users are cautious about foldable phones due to the fact that foldable display technology does not give confidence and astronomical prices. While Apple is known to work on foldable iPhone concepts behind closed doors, the tech giant currently prefers to observe Android competitors. However, the YouTube channel ConceptsiPhone reveals how a foldable iPhone should be with the iPhone 12 Flip concept.

Concept that increases expectations for the foldable iPhone: iPhone 12 Flip
The video of ConceptsiPhone dreams of a compact iOS phone with a notification screen on its cover. The screen folds vertically like the Samsung Galaxy Z Flip and offers a large screen when opened. The screen does not have a notch, but the camera hole is located in the upper center of the screen.

The screen frames of the concept can be said to be almost completely eliminated. In addition to the triple camera setup on the back of the iPhone 12 Flip, there is also a LiDAR sensor, which was first introduced with the 2020 iPad Pro and is expected to come with the iPhone 12.

All rumors and leaks suggest that the 2020 iPhone phones will not include a foldable model and we will see an updated version of the iPhone 11 series. For now, however, we can continue to dream with these eye-catching concepts.