Home Tech Foldable iPhone, This Could Be Apple’s Mobile Design 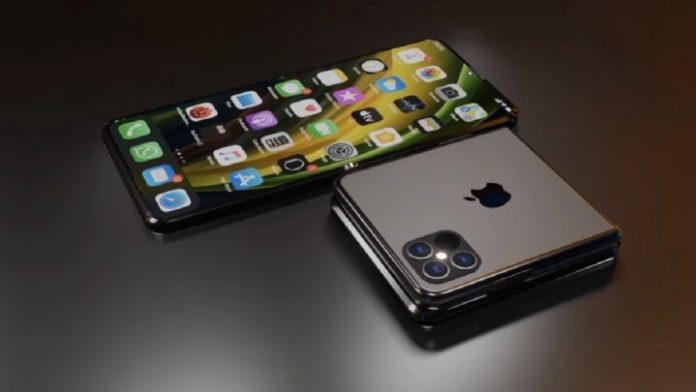 iPhone: Folding smartphones are increasingly present on the market although they are still very expensive for the general public. The closest thing there is at a good price are the dumbphones of yesteryear, but with the improvements brought by Internet services and applications, who is going to switch to the phones of yesteryear? But let’s focus on what is important and that is that more and more companies want to join this segment such as Apple, of which we have seen a render of what would be its folding iPhone.

This could be the folding iPhone

If we talk about smartphones, it is very likely that you have an important brand in mind, especially the high-end. Among all those that there are, Apple is one of the ones that will sound the most to you, which stands out for always bringing one of the most impressive high-end phones such as the iPhone. The truth is that the aesthetic change between generations is palpable, but there comes a time when this is not enough and it is necessary to take a look at what the neighbors are doing and adapt to the times.

And it is that sooner or later Apple will bring out its own folding smartphone proposal of which today we have seen some concepts. For now, these renderings show what fans see on the Apple terminal, so from here to what is actually done, everything is a matter of waiting. What is appreciated is a structure very similar in construction to the Samsung Galaxy Z Flip. That is, the terminal folds in the center leaving a shell-type closure. In the inner part of the screen you can see the typical iOS design working, but it is the outer part where we find the interesting part.

And it is that the exterior of the folding iPhone aims to be different from everything seen so far from the company. Being a flexible device we see rounded bezels that will give the terminal more style. But the highlight is at the top of the lid, where we see four cameras in a square package with three lenses. This represents a total change in the designs seen so far, but this section where the cameras are housed is too small if we take into account the current models.

The truth is that there is still a lot to discover about the terminal, one that we probably won’t see until 2023.