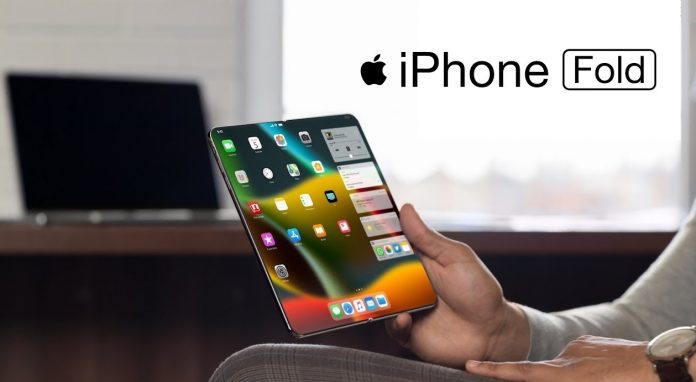 The foldable iPhone, which is claimed to be released in 2023, gave the first signals of its design today. According to the images, Apple’s first Foldable iPhone will come with a configuration similar to Samsung’s Galaxy Z Fold model.

Samsung included a double-clamshell design on its foldable phone Galaxy Z Fold. At Apple, according to the leaked pictures, it will follow the path of its arch rival on its first foldable phone. Because the design of the foldable iPhone will be almost identical to the Z Fold. While the screen of the device is similar to Z Fold due to its structure, the camera setup on the front will also be inspired by the Z Fold model.

Apple will probably survive the notch from its Foldable iPhone. These notches, which have been the subject of discussion for a long time, will disappear completely in a few years. We’ll probably see this first in iPhone 14 and foldable iPhone models. However, it is worth noting that the notch design will continue on the iPhone 13.

Another remarkable detail in the foldable iPhone is that it will come in an oval case like the iPhone X and iPhone 11. Apple will include the case of its old models in its first foldable phone. Of course, these will emerge in more detail over time.

That’s all there is to know about Apple’s Foldable iPhone for now. According to reports, this highly anticipated phone will meet users in 2023 at the earliest.