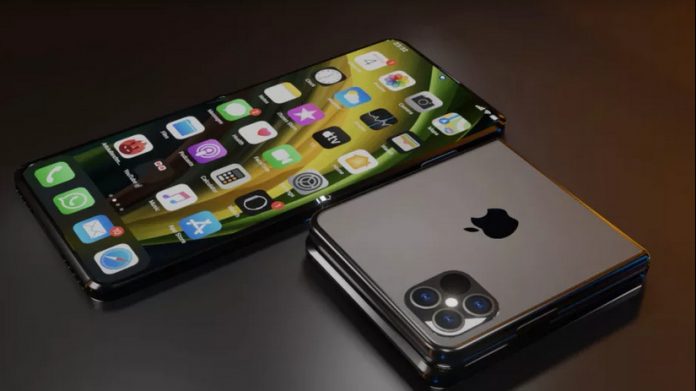 Rumors about the foldable iPhone are not new. But analyst Ming-Chi Kuo, who has a solid reputation for Apple products and services, shared new information about this anticipated device. Kuo said that Apple was considering the idea of ​​launching this product in 2023, that the phone will house a screen between 7.5 and eight inches. Earlier rumors suggested that the screen would be smaller, closer to the size of the iPhone 12 Pro Max.

There were different reports that Apple was working on foldable iPhone prototypes. However, according to MacRumors, Kuo said work on the product has not yet been officially launched. Meanwhile, companies such as Samsung, Huawei, Motorola, Royole have already released multiple foldable devices. However, these are the first members of the foldable device segment and often have high prices.

According to Kuo, when the screen is turned on, it will be the size of the screen on the iPad Mini. This indicates that Apple will follow the Galaxy Fold approach, rather than the Motorola Razr or Samsung Galaxy Z Flip. A normal sized phone will turn into a small tablet when turned on. It is not known who will produce the screens, but there are rumors that Apple could work with both LG and Samsung.

This news about prototype rumors and Kuo predictions shows that Apple is indeed working on the foldable iPhone. However, we should not wait for this device for now. Kuo’s 2023 release date forecast will also be linked to Apple solving major technology and mass production issues. As we’ve always seen, finding the right spot for foldable phones isn’t easy. If Apple can do this so that the company always enters the business when it believes it is doing its best, it can create a new benchmark for foldable phones.

New features coming to Metro Exodus on PC and consoles