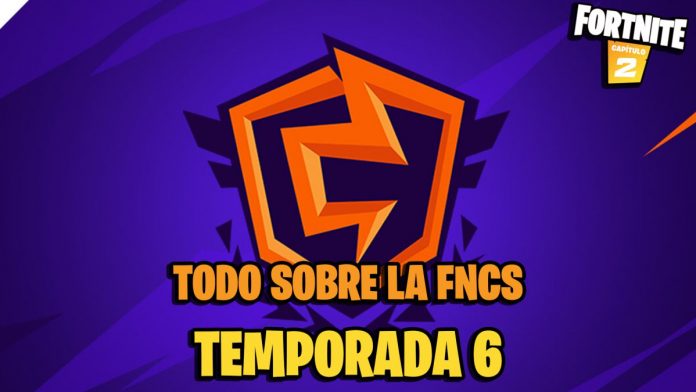 The FNCS, the Fortnite Champion Series of Season 6 of Chapter 2 has been officially announced. We tell you everything, including dates and times.The FNCS (Fortnite Champion Series) of Season 6 of the Battle Pass of Fortnite Chapter 2 has been announced by Epic Games. This is the new season of the competitive mode / Arena of Fortnite Battle Royale, with succulent cash prizes. Just below we tell you everything you need to know, including dates, times, and how to participate:

This is the FNCS schedule for Season 6 of Fortnite Chapter 2:

In the FNCS of Season 6 of Fortnite Chapter 2 there is a total of $ 3,000,000 (three million dollars) in prizes, distributed as follows:

Changes during the FNCS of Season 6 of Fortnite Chapter 2

During the FNCS of Season 6 of Fortnite Chapter 2, there are some changes in the format. They are as follows:

In each qualifier, the teams that finish in the top three each week will go directly to the final.

Teams that do not finish in the top three in the weekly qualifier will receive points based on their final position. When the last qualifier is over, all the points will be added and the best 99 trios on the scoreboard from each region will advance to the semi-final.

The semi-final will consist of three heats per region, and matchmaking will be based solely on total points earned. In each tie, the teams will have six games to earn the maximum number of points possible. The 6 best trios from each tie will go to the final. Teams that finish between 7th and 17th place in each tie will advance to the repechage phase.

The repechage phase will consist of a minimum of three games, and the team that wins in each of them will advance to the final. When a team achieves a victory royale, they will go directly to the final and will not participate in the next round of play-offs. Up to a maximum of six additional games may be added if any team that was guaranteed the final is disbanded as a result of their qualification in the previous season (the FNCS Chapter 2 – Season 5).

There is no change in the final. Teams will play a total of 12 games over two days to earn points before we crown the FNCS Champions of Chapter 2 – Season 6.

This is the scoring system that will be used in the FNCS Season 6 – Chapter 2 of Fortnite:

The competition will continue at the FNCS All-Star Showdown, which will take place June 23-26. The main event will consist of a solo tournament with the best players from each region from the last two FNCS. The 15 best FNCS teams from Chapter 2 – Season 5 and the 15 best FNCS teams from Chapter 2 – Season 6 will receive invitations to the event, in which a total of 90 players will compete to determine who is the best in their region .

If some teams or players were in the top 15 in the two seasons, more teams will be invited, based on the criteria of their consistency, until the free gaps are filled. The teams with the highest average performance between seasons 5 and 6 will receive an invitation to fill those slots.

A few invited players will also have the opportunity to compete individually in the Creative mode skill challenges in the days leading up to the solo championship. The FNCS All-Star Showdown will feature a total of $ 3,000,000 in prizes for all events.