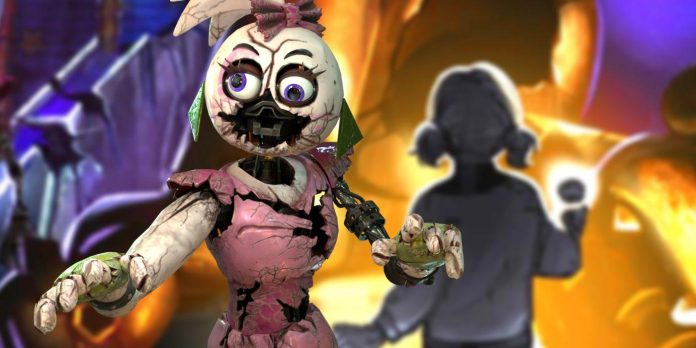 A new free DLC for Five Nights at Freddy’s: Security Breach, dubbed Ruin, was recently announced, and it included a teaser indicating the return of a fan-favorite character. It is reported that in the announced free DLC FNAF: Security Breach, players take on the role of a new protagonist exploring the ruins of Pizzaplex after the main story of the game. Although little is known about the details of the DLC, the teaser trailer left a lot of food for thought about who might return.

The main story of Five Nights at Freddy’s: Security Breach had several endings depending on the player’s actions, each of which could potentially serve as a backdrop for the events of the upcoming DLC Ruin. However, one ending in particular serves as the most likely setting for the DLC, which is due out in 2023. FNAF ending: Security Breach “Burntrap” is probably canon. In this finale, protagonist Gregory and his Glamrock ally Freddy explore the underground ruins of Pizzaplex before encountering and defeating Fazbear Entertainment co-founder and reanimated monster William Afton. The subsequent escape leaves Gregory and Freddie ambiguously released from Pizzaplex, while the evil animatronics, Roxanne, Monty and Chica, remain buried and burned.

The teaser of Five Nights at Freddy’s: Security Breach DLC Ruin shows how the new protagonist sheds light on the seemingly destroyed Pizzaplex, while several monitors show Gregory in various states of anxiety. The new main character is a little girl who resembles several characters of the main game, but her relationship with anyone from FNAF: Security Breach is unknown. However, what is visible from the teaser image is a returned Chick, clearly damaged from her previous confrontation with Gregory.

FNAF: Security Breach had many recurring characters, and Chika was one of them. As already mentioned, Chika will return to FNAF: Security Breach DLC — at least, judging by the teaser. However, in what capacity is unknown. This new version of Chiki is damaged, and this indicates that she is likely to still be a villain, especially given her previous hostility to humans demonstrated in the main game. However, it may happen that Chika will become the new defender, taking on the role of Glamrock Freddy in the main game. This, however, is a bit far-fetched and suggests a lot of assumptions.

There is another potential fan favorite who may return in the addition of Five Nights at Freddy’s Ruin. Glamrock Bonnie was not present in the main game, but it was hinted at in several places. Although his presence is not confirmed in the DLC and is purely speculative, the return of Bonnie’s Glamrock as a defender, very similar to Freddy’s Glamrock in the main game, would make more sense than if Chika took on this role. It was hinted that Bonnie from FNAF: Security Breach was killed by Monty as an act of sabotage to get a place in the main cast of animatronics. However, Bonnie could still live, or she could just hide, waiting for a chance to show up. In this regard, Bonnie will have a motive to join the new main character to fight other animatronics. While this is purely speculative, it would be a fun return of a classic character and would be even more enjoyable if Bonnie returned as a protective ally.

Although not much is known about the Ruin, it would be nice to see the returning favorites appear. Chika seems to have agreed, but Bonnie will be a surprise and a long-awaited surprise. In whatever capacity players meet new and returning characters, Five Nights at Freddy’s Security Breach DLC Ruin looks like it will contain a few surprises.

Kimetsu no Yaiba: There will be unreleased scenes that we did...