Home Entertainment Flynn: Son Of Crimson, Analysis. For The Peace Of Rosantica 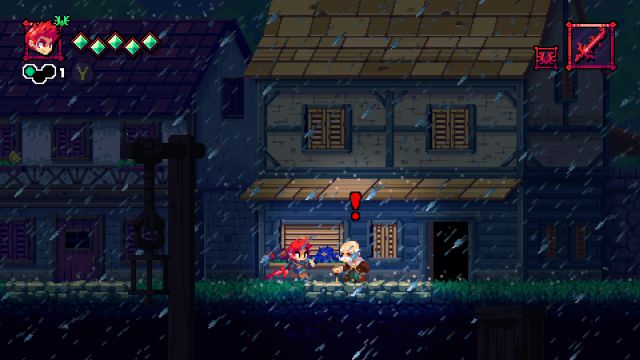 Flynn: Son Of Crimson: Studio Thunderhorse surprises with a beautiful platform action adventure in which the mechanics shine and you are captivated by its mix of ideas. Flynn: Son of Crimson is one of those independent games that we will recommend to any lover of two-dimensional platforms with adventurous DNA and a desire to recall the classics. Because the Studio Thunderhorse title doesn’t reinvent the wheel; nor does he need it. Its virtue is how it takes advantage of the tools it has and how it executes its mechanics. We have not been able to leave it to the end, we have enjoyed it and it is, de facto, one of those pleasant surprises from which a lot of talent emerges.

A threat looms on Rosantica’s horizon

The play puts us in the shoes of young Flynn in a story that tells the hero’s journey to protect his homeland. An implacable evil appears without warning on this beautiful island of Rosantica. The barrier between the island and The Scourge has been cracked, giving rise to supernatural phenomena with hostile creatures that gradually populate each territory of the island. Flynn is the chosen one, the one in charge of ending this calamity and thus reestablishing a threatened peace. He won’t do it alone; or if. Dex, his mystical canine with a guardian spirit, will be his companion on this journey, although he too will be injured.

This is how a title is presented that has thoroughly studied classic works that marked the style book of RPG sidescrollers at the time. You breathe the essence of Shovel Knight; not only in structure, but in its control scheme. The work of Yacht Club Games is known to be a benchmark, but it does not insist on imitating it, but rather delves in a surprising way into a list of movements and actions that give identity to the whole. We could not help but remember Shantae, the bosses of Mega Man, the aquatic phases of Donkey Kong Country or the maps of the Super Mario Bros. 8 and 16 bits. And works. Really, Flynn: Son of Crimson knows how to differentiate itself enough that comparisons are forgotten after the first few levels. Its duration, of just 6 hours at medium pace, leaves you wanting more; although this also prevents the surprise factor from being lost. He hardly repeats situations, he knows how to integrate the new abilities of the character and mix them together so that each type of enemy is weak to a specific type of elemental magic; although it does not finish exploding.

Director of Abandoned: “I’m Real, I’m Not Linked To Kojima