Home News Flying Taxis May Be a Part of Our Lives in the Near... 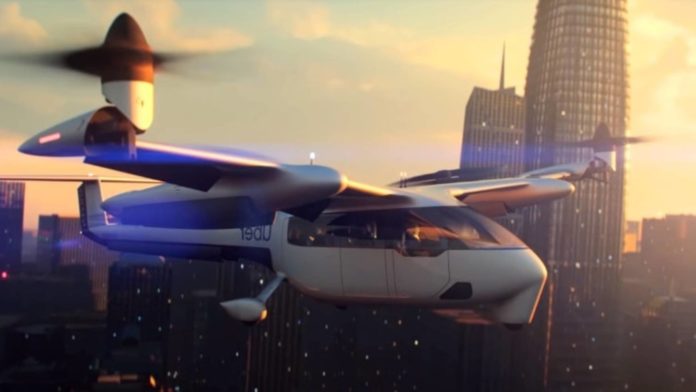 With the change of technology and the conditions of the world, it is necessary to make some innovations in terms of transportation. The next member of these innovations may be flying taxis. Many companies such as Uber and Lilium are preparing to provide taxi services in the coming years. So how are these flying taxis expected to work?

The technology in the developing world is now accelerating so that there is no more than 5 years between milestones in any field. Every year, we are confronted with new developments in many areas such as mobile devices, artificial intelligence, health and transportation.

However, the development that we will talk about in a moment may sound a bit cold. We can say that a phenomenon that we encountered in cartoons in which the future was depicted in the past is partially real. We’re talking about flying taxis. The reason we say ‘partially’ is that these taxis are not really flying cars.

Flying taxis are a new phenomenon where companies like Boeing and Uber have invested heavily. These vehicles, which resemble small-sized planes or helicopters, may be used as transportation vehicles in the coming years. Flying taxis, intended to easily take people to major destinations such as beaches and airports, can greatly reduce the time spent on transportation.

There are some difficulties in traveling with major airlines. Some of them are to book in advance, try to move in accordance with tight flight times and struggle with the terrible traffic of the city. Especially in metropolises such as Istanbul, it can take hours to reach the airports.

That’s where the flying taxis might be. Flying taxis, which can be a fast but expensive solution to highways and large airplanes, can provide life-saving conveniences to passengers by providing a wide range of take-off and landing points than airlines.

The German company Volocopter presented a scenario about the landing points of flying taxis. The company said that flying taxis can land on the runways that will be located on mini-airports called VoloPort. However, thanks to the developing technology, these aircraft can take off and land vertically, making it suitable for landing in other areas of the city.

One of the vehicles that can be used as an aircraft, the helicopter-like structure Volocopter 2X. Volocopter 2X, which is fully powered and can carry only 1 passenger, is expected to start service in Singapore in 2022.

Unlike its local competitor, Volocopter, which can only carry 1 passenger, the Lilium Jet will have a capacity of 5 passengers. Another difference of the fully electric vehicle is that it resembles a plane, not a helicopter.

Another company that continues to work in the flying taxi sector is Uber, the transportation giant. The company is working on a 4-passenger aircraft called Uber Air to be launched in 2023, with the exception of Uber Elevate, which provides $ 200 per person flights between JFK airport and Manhattan.

Elite season 4: Will Lu be present in the sequel?