Home World FlixOnline, the malware that runs through WhatsApp chats: You won’t have Netflix... 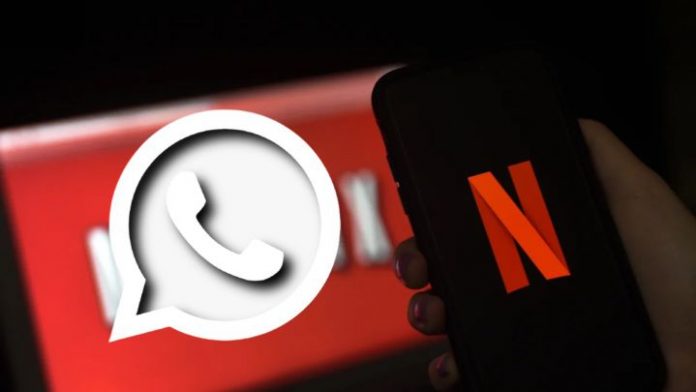 FlixOnline: With more than 2,000 million active users per month, there is nothing better than WhatsApp to try to sneak scams and scams in terms of reach and possible victims, especially if they are sold with offers of free services that are usually paid. Netflix free for 2 months? It is such a good offer that it seems a lie, and in fact it is.

This method could allow a hacker to:

Researchers found the malware hidden within an application on Google Play called ‘FlixOnline‘. The app is a bogus service that claims to allow users to watch Netflix content from around the world on their mobiles. But in reality, instead of allowing the mobile user to view Netflix content, the application is designed to “monitor the user’s WhatsApp notifications, and to send automatic responses to the user’s incoming messages using the content it receives from a user. remote command and control (C&C) server ”.

The malware sends the following message to its victims via WhatsApp, attracting them with the offer of a free Netflix service:

When the application is downloaded from the Play Store and installed, the malware starts a service that requests ‘Overlay’, ‘Ignore Battery Optimization’ and ‘Notification’ permissions. The purpose behind obtaining these permits is:

– The most prominent permission is access to notifications, more specifically, to the Notification Listener service. Once enabled, this permission gives the malware access to all notifications related to messages sent to the device, and the ability to automatically perform designated actions such as “discard” and “reply” to messages received on the device.

The threat is withdrawn

If these permissions are granted, the malware has everything it needs to start distributing its malicious payloads and responding to incoming WhatsApp messages with auto-generated responses. In theory, through these self-generated responses, a hacker can steal data, cause disruptions in work-related chat groups, and even extort money by sending sensitive data to all of the user’s contacts.

Check Point notified Google of the malicious app and the details of its investigation, and Google promptly removed the app from the Play Store. But this did not prevent that “in the course of 2 months, the” FlixOnline “application was downloaded approximately 500 times”, which represents 500 potential victims.

According to CPR experts, “This malware for Android, which can be turned into a worm, presents innovative and dangerous new techniques to spread, and to manipulate or steal data from trusted applications such as WhatsApp.

For this reason, users should be wary of download links or attachments they receive through WhatsApp or other messaging applications, even when they appear to come from trusted messaging contacts or groups ”.

Announced That 85% Of The World Population Is Affected By Climate...