Home Science A Flickering Signal Detected from the Black Hole in the Heart of... 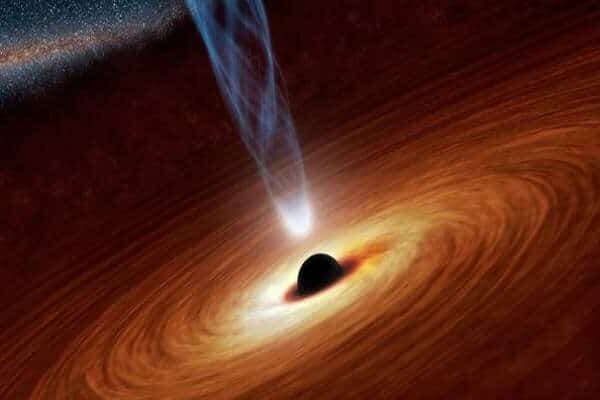 Scientists have noticed a strange signal that was not noticed before in the center of the Milky Way galaxy. The unidentified signal is thought to come from the supermassive black hole in the heart of our galaxy.

According to the research published by the research team from Keio University in the Astrophysical Journal Letters last month; Extremely fast rotating radio spots formed by the explosion of discs accumulating around the black hole are thought to cause this signal.

Flickering signals are not entirely new, scientists have previously discovered larger and slower flickering. However, thanks to the Atacama Large Millimeter / submillimeter Array (ALMA), scientists can now detect more spreads than before in a minute.

Lead writer Yuhei Iwata; “This time, using ALMA, we obtained high quality data of the radio wave intensity variation of Sagittarius A * for 10 days, 70 minutes a day,” he said. Iwata later reported that they found two more trends, one of which was a semi-periodic variation with a typical time scale of thirty minutes, and the other was a one hour slow variation.

Professor Tomoharu Oka from Keio University said in a press release; “This emission may be related to some exotic events occurring near the supermassive black hole.” testified.

Fluctuations are most likely caused by gases rotating around the surface of the black hole without a constant rotation. This explains why it is so difficult to observe them directly. Professor Oka; “In general, the faster the movement, the more difficult it is to take a picture of the object.” found in the description.

With the new observations made with the Very Large Telescope (VLT) in the European Southern Observatory, the movement of a star moving around the supermassive black hole in the middle of the Milky Way, as predicted by Einstein’s general theory of relativity, was observed. You can reach our news on the subject.

May be a ‘super world’ orbiting the star closest to the...