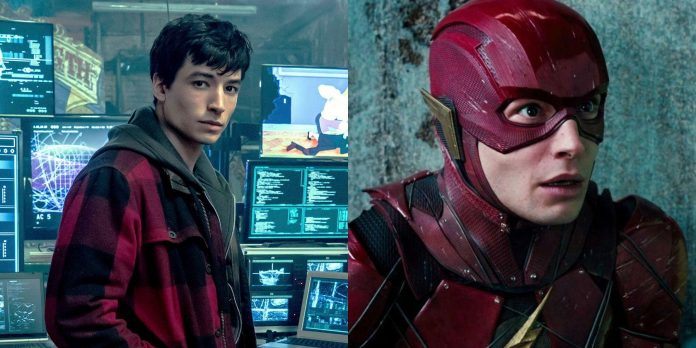 The “Flash” star Ezra Miller has had a series of run-ins with the law over the past couple of years, and their legal problems only continue to escalate in front of the public.

Miller will head up Warner Bros.’ long-running “The Flash” movie, but lately Miller’s attention has been focused on their legal issues. More recently, Miller was accused of grooming a teenager from North Dakota, as well as emotional and physical abuse of a teenager.

According to court documents obtained by The Los Angeles Times, the teen’s parents filed a protective order against Miller, who accuses the “Flash” actor of “psychological manipulation, physical intimidation and endangering the safety and well-being” of the 18-year-old. Thursday. However, the authorities and the victim’s family had some trouble finding the Flash star to hand them an order that would legally prevent Miller from contacting or harassing the victim and her family for 30 days. The protective court order also orders Miller to stay 100 yards away from the family’s home during this 30-day period. The victim’s father also said that a court hearing was scheduled for July 12, at which Miller and his daughter should be present and “weigh” the situation. Her parents also reported that the victim and Miller met when she was just 12 years old, and Miller was 23 years old when the latter was in North Dakota.

They also claimed that Miller supplied their daughter with marijuana, LSD and alcohol. “They move around so often that we’re stuck in this legal limbo and we can’t serve them anywhere they’ve been for long enough,” the father told The Times. “They were windy. They avoided the service, and now there is growing public pressure on them to make a decision, which makes us very worried about Ezra’s fickle nature. We are working very hard to ensure that this order is carried out wherever they are.”

These allegations of courtship have been added to the ever-growing list of legal run-ins Miller has faced over the past couple of years. One of these illegal incidents occurred in April 2020, when Miller strangled a woman in a bar, and the other occurred on March 28, 2022, when the “Flash” star was arrested for hooliganism in a karaoke bar in Hawaii. On March 29, 2022, the couple filed a restraining order against the star after they allegedly broke into their bedroom and stole their passports and wallets. They were also arrested on April 19, 2022 for second-degree assault, with the June 8 injunction being his last offense this year alone.

As their run-ins with the law continue to grow, fans are tired of Miller staying in the role of The Flash. With all this negative attention surrounding the star of the film, the release of “Flash” may not be as successful when it hits theaters.

“Challenge”: Darrell Taylor has no plans to return “anytime soon”