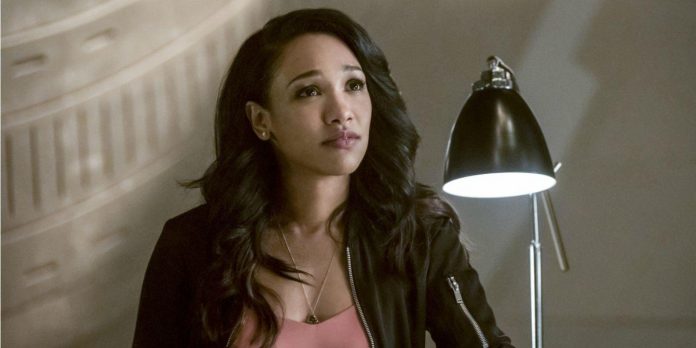 Candice Patton, star of The Flash, says Warner Bros. and the CW didn’t react to the racist backlash against her. Patton portrays Iris West-Allen in the DC superhero series, girlfriend, love interest and, eventually, wife of Barry Allen. “The Flash” began airing on the CW in October 2014, and its eighth season ended in June 2022. The series has been renewed for season 9, which is expected to premiere in 2023.

Having appeared in The Flash since the very first episode of the show, Patton has so far participated in all 8 seasons of the series. Along with Barry and his team at STAR Labs, Iris is one of the main characters of the series, and fans have watched her grow from an aspiring journalist into creating her own newspaper. While Iris was primarily written as Barry’s love interest in the first few seasons of The Flash, Iris became her own strong character as the series progressed.

Related: The Flash completely failed Iris (is it Barry’s fault?)

In an interview for The Open Up Podcast, Patton says that she faced a racist reaction in the first seasons of “The Flash” and that the WB and the CW did nothing to help her. She says that “there were no support systems, no one looked after it,” and that “it was just a free-range to be abused every single day.” Patton was one of the first black actresses to star in “Arrow,” and she says that’s why studios didn’t realize how serious the problem could be. Patton admits that she planned to leave the series in the second season because of how exhausting the negative reaction was, and that even on set she was treated differently than white actors. See Patton’s full comment below:

“It’s a dangerous place when you’re one of the first and you face a negative reaction to it and there’s no help. Now people understand a little better, and they understand how fans can be racists, especially in the genre, and misogynists. But at that time it was something like, “Yes, that’s what the fans are, but still.”.. With companies I’ve worked with, like the CW and Warner Brothers, it’s [“independent”] was their way of dealing with it. I think we know better now that it’s not good to treat your talents like that and let them go through this violence and harassment.”

In the interview, Patton notes that some fans of the genre can be particularly racist and misogynistic – something that recently hit the headlines again when Obi-Wan Kenobi star Moses Ingram dealt with a racist backlash earlier this summer. While Patton says times have changed since 2014 and people have become more aware of how toxic fans can be, Ingram’s ordeal proves there’s still a lot of work to be done. However, while Ingram found support from Lucasfilm, Disney and her film colleagues, Patton says she was also concerned about the very system that was supposed to support her.

Although Patton considered leaving The Flash early on due to the backlash and lack of support from the WB and the CW, Patton says she stayed on the series because she felt responsible for having an important representation on the show. However, harassment by fans and employers was a test that Patton should not have to endure, even for the sake of the character she loves to play. Iris has turned from a simple love interest in the superhero of the series into her own hero, and although Patton seems to think that working on “Flash” is easier now than in the past, there is still work that needs to be done by both fans. so it is with the studio.

ACNH: Today’s residents don’t know how well they have it