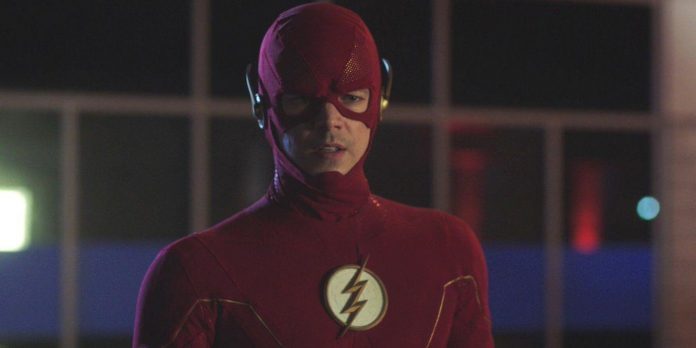 In the span of just a few episodes, the Arrowverse has laid the groundwork for two DC Comics speedsters to make their live-action debuts in The Flash season 9. Despite Barry’s and Eobard’s final showdown having the feel of a grand finale, this certainly wasn’t the last hurrah for Grant Gustin’s Barry Allen. It’s already been confirmed that Team Flash will be back for at least one more season on The CW.

Since the show is based on a comic character with over 60 years of history, it was always impossible for the series to adapt every meaningful story related to Barry Allen, but in the eight years it’s been on the air, it’s managed to adapt a significant chunk of the source material to the small screen. Gradually, the show has found room for various concepts, characters, and storylines associated with The Fastest Man Alive and the Speed Force in DC Comics. Speedsters such as Jay Garrick, Jesse Quick, Godspeed, and Impulse have all found places in the Arrowverse courtesy of The Flash. Season 8 added one more via Meena Dhawan a.k.a. Fast Track.

There’s a sense that The Flash – whether season 9 is its last or not – is nearing the end of its impressively long run, which means there’s only so many major characters it can still introduce before it’s all over. In a way, that seems fitting, especially since the show has indeed used most of the relevant characters at this point. However, there are still a few that haven’t appeared yet. But, there have been hints that two more DC Comics speedsters will join the fold when The Flash returns for its ninth and potentially final season. Here’s who they are and how the show set them both up in season 8.

How The Flash Has Set Up Max Mercury For Season 9

Barry’s experience inside the Still Force in The Flash season 8, episode 15 provided the character – and viewers – with a brief glimpse into what the future holds for Team Flash. Apparently, Barry will soon meet a person named Max. When given an opportunity to see the important people in his life from the past, present, and future, Barry was shown the faces of several people close to him, including Harry, Jesse, Wally, and this mysterious “Max”. Since this name can’t be tied to any existing character from Barry’s Arrowverse story, it can only belong to someone he hasn’t met yet.

Who this character is would be a major mystery if it wasn’t a clear reference to Max Mercury, a Golden Age superhero. In the comics, Max was known as Quicksilver long before the codename was taken over by Marvel’s Pietro Maximoff. Decades later, he was reimagined and brought into the DC Universe as a supporting character to the Barry Allen, Wally West, and Bart Allen incarnations of the Flash. In the comic books, the time travel shenanigans of this 19th-century speedster have sent him to multiple different points in the DC Comics timeline. And judging by season 8’s tease, the Arrowverse’s take on Max Mercury could be on his way to modern-day Central City.

How The Flash Has Set Up Cobalt Blue For Season 9

The post-credits scene in The Flash season 8 finale promised the arrival of a key character from Barry Allen’s rogues’ gallery in the comic books. When pondering the aftermath of Reverse-Flash’s death and the eventuality of the Negative Speed Force picking his replacement, The Flash ominously showed off a glowing blue crystal in a lab in 2049. This crystal was a nod to Cobalt Blue, an evil speedster with a hatred for Barry that rivals even Eobard’s.

Related: The Flash Season 8 Finale’s Big Cameo Wasn’t A Surprise, So Why The Hype?!

In the comics, Cobalt Blue grew up as Malcolm Thawne, an ancestor of the Reverse-Flash and the long-lost brother of Barry. Separated from his parents at birth, Malcolm was raised by con-artists who used their mystical link to a power known as the Blue Flame to commit criminal acts. As an adult, Malcolm figured out that he could weaponize the Blue Flame by storing strong emotions like hate into a talisman. Having already come to hate Barry after secretly seeking him out and discovering his true identity as Flash, Malcolm used his grudge to become the vengeful and all-powerful Cobalt Blue. It’s apparent that the blue crystal seen in The Flash season 8 finale is the talisman that will power the Arrowverse’s Cobalt Blue, who could pay Barry a visit in 2023.

One of the two aforementioned speedsters is set to menace Team Flash sometime after the show returns. Without mentioning the character by name, The Flash showrunner Eric Wallace confirmed that the post-credits scene did tease one of season 9’s main villains [via TV Insider]. Exactly how he’ll be utilized, though, remains to be seen. The Flash could use the comics’ family connection, or perhaps offer a whole new take on Cobalt Blue’s origin story that doesn’t involve him being Barry’s brother. For years, it’s been theorized that since Eddie too is an ancestor of Eobard, it’s possible that the Arrowverse’s Cobalt Blue could turn out to be an alternate timeline version of Rick Cosnett’s Eddie Thawne whose life took a dark turn.

As for Max Mercury, chances are he’ll become a close ally to Team Flash, regardless of how his entry into the Arrowverse is handled. The Flash season 8 mentioning him in the same sentence as characters such as Wally and Harry is a good sign that he’ll become a part of the extended Flash Family in season 9. If so, Max could play key roles in the battles ahead, including the one with Cobalt Blue.

In setting up Max Mercury and Cobalt Blue, The Flash is proving one thing about its plans for season 9, which is that the series has no intention of fixing its long-running speedster problem. Going all the way back to the show’s second and third seasons is the common complaint that the show is crowded with speedsters. Having too many heroes and villains with the same power risks Barry feeling less unique as a superhero and keeps the characters themselves from standing out. By transitioning to characters like the Elongated Man, the Thinker, and Cicada, The Flash was able to stop this issue from worsening, but the show continuing to offer huge speedster team-ups like the ones that happened in the season 7 and season 8 finales reveal that the problem isn’t the concern that it once was. Instead of avoiding an overabundance of speedsters, The Flash is gearing up to embrace this aspect of the series by piling on with Cobalt Blue and Max Mercury.

They Manage To Make The First Tomb Raider Work On GBA

Nintendo Announces An Expansion In Its Internal Studies: This Is Its...