Home Crypto “Flaming is Coming” 3 Analysts Announced the Next One for Gold Price! 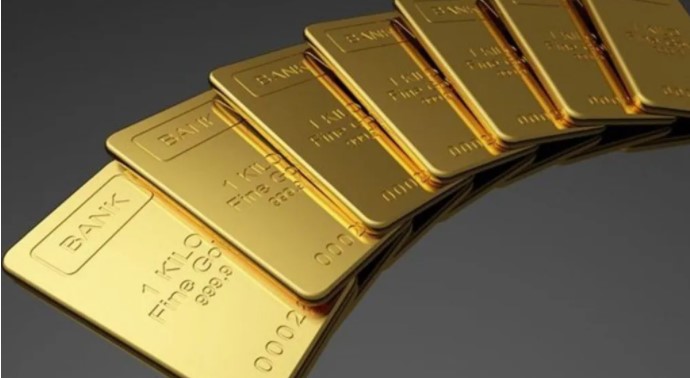 Gold price dropped back-to-back on Wednesday, settling near two-week lows. It then lost more ground after the Federal Reserve announced its plans to accelerate bond purchases and the potential for three rate hikes.

Naeem Aslam: We saw gold fall off a cliff

“We saw the aggressive side of the Fed today,” said Naeem Aslam, chief market analyst at AvaTrade, in a market update.

They used all the bullets and came blazing with all their guns. Thus, we saw gold fall off the cliff and the dollar index got stronger.

As we reported on Somagnnews, the Fed voted on Wednesday to increase its monthly bond purchases to $30 billion, ending its purchasing program in March instead of June. This will allow the Fed, which is not expected to raise interest rates until purchases are over, to start the marching process sooner than expected. For gold meanwhile, higher interest rates and tighter monetary policy could dwarf concerns about rising inflation during the spread of the Omicron variant of Covid-19.

Developments are not supportive for gold price, according to Jeff Wright

The Fed also decided to increase short-term interest rates to three in 2022, a projected move in September. Jeff Wright, chief investment officer at Wolfpack Capital, said in a statement that the FOMC statement includes a “more defined” tapering program and now three rate hike expectations in 2022.

The FOMC also lowered its US economic GDP forecasts for the 2021 balance. All these policy changes and growth forecasts are not supportive for the gold price.

Meanwhile, precious metals briefly slipped into and out of positive territory, with a slew of US data early Wednesday, including retail sales. In the US, November retail sales rose 0.3% in November, falling below the forecast of 0.8%. Retail sales, excluding automobiles, rose just 0.3%, below the consensus estimates of 1 percent by economists surveyed by Dow Jones.

According to market analyst Dhwani Mehta, the gold price is building on top of the previous recovery, although it remains well below the critical resistance at $1,790, which is a tough nut to crack for gold bulls. Attention has now turned to the monetary policy statements of the Bank of England (BoE) and the European Central Bank (ECB) for the new trade direction in gold. The analyst makes the following assessment:

The BoE is expected to stop raising interest rates in the face of the impending Omicron threat to the economy. Meanwhile, the ECB appears to have stepped up its regular asset purchase program (APP), which could be a way to replace the Pandemic Urgent Purchase Program (PEPP). These are the final policy decisions of this year that will determine the course of markets, dollar valuations and gold next year.

The analyst states that despite Wednesday’s rebound, gold price is likely to maintain its bearish potential while staying below a dense cluster of healthy resistance levels at $1,790. Saying that this level is the combination of the downward sloping 21-Day Moving Average (DMA) and the horizontal 100 DMA, the analyst draws attention to the following technical levels:

Acceptance above $1,790 will reveal the next stop for the bulls near $1,796, where the 50- and 200-DMAs converge. Further higher, the $1,800 mark could be retested. On the downside, the November low of $1,759 remains on the radars of sellers. Below that, the two-month lows could come into play again.

Analysis of Web3 coins, memes and the metaverse: these 12 jumped!