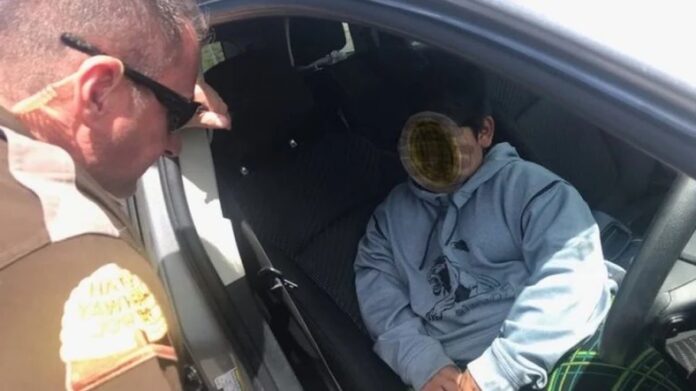 The Utah state of the United States (USA) was the scene of an interesting event. Stopping a car driving on the highway in anticipation of finding a drunk driver at the wheel, the police instead met a five-year-old boy who could barely reach the pedals.

Driving a car is a dream that especially men start to build from childhood. A five-year-old boy living in the Utah state of the USA wanted to realize this dream without waiting for growth. Utah Highway Police announced on the official Twitter account that a five-year-old boy was found behind the wheel of an SUV stopped on the highway.

Despite being only five years old, the boy who managed to start his mother’s car and drive on the highway without hitting anyone, when he heard the sirens of the police, immediately pulled the car to the side of the road and stopped. But the background of the incident is as interesting as driving a child of at least five years.

Utah Highway Police ‘Twitter post about the incident
According to the information reported by the local press, the boy set out with the hope of going to California on May 4. The reason was that his mother refused to take Lamborghini, which he wanted so much for him. That’s why the five-year-old boy, who wants to go and buy the car, sets off with 3 dollars in his pocket by taking the SUV of his secret mother from everyone. However, this impossible dream was caught by the police.

Parents say that their children were not at home when they bought the car and that they left him in the care of a young person. Alright what now? The report says that possible penalties for parents will be left to the local prosecutor. While the story behind it is funny, it’s really a great chance that this event, which could have serious consequences, was overcome without any hurt.