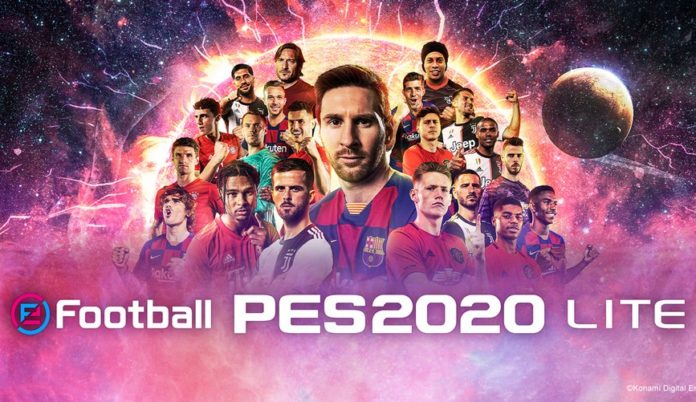 PES 2020 and FIFA 20 are the latest versions of the world’s leading football games. Released by Konami and EA Sports , respectively, the titles are available for PlayStation 4 ( PS4 ), Xbox One and PC (through Steam ). Rivals in the market, both also generate disputes between players who discuss which game is the best. Compared to its rival, PES 2020 has features that highlight it as licensed Brazilian teams, more partner clubs and even a free version. See below for a list of the differentials that the Konami game has and that FIFA owes.

1. Brazilian licensed teams, players and stadiums
One of the most important differentials of PES 2020 is the partnership with Brazilian clubs. The fact, which has been going on for some years now, makes the game have official teams and players. For the public in the country, this is certainly a relevant resource, since only in PES 2020 is it possible to play with the team at heart with all the real players, whether the association is in Series A or Series B of the Brazilian Championship.

In addition, the game’s agreement with the clubs even allowed the stadiums to be present in the game. Because of this, places like Maracanã, Allianz Parque, Morumbi, Vila Belmiro, Beira-Rio, São Januário, Arena Grêmio and others are playable and completely faithful to the originals.

2. Partner clubs
Another very important asset that PES 2020 has in comparison with the rival are the agreements with clubs. Bayern Munich, Barcelona, ​​Manchester United and Juventus are official partners of the game and are in the promotion of the game, including the cover. The Italian team is exclusive to the Konami title.

In addition to those mentioned, PES 2020 also has partnerships with teams such as Arsenal, Milan, Monaco, Inter Milan, River Plate, Boca Juniors, Palmeiras, São Paulo, Corinthians, Flamengo and Universitário of Peru. Altogether, there are more than 25 teams that closed some type of specific agreement with the game.

3. Professional narrator
Milton Leite is another PES 2020 differential in relation to the competitor. For thirty years working in sports events as a narrator, he ends up standing out in comparison with Tiago Leifert, FIFA narrator. Despite this aspect being a matter of personal taste, PES opted for a narration professional, while the rival chose a novice in the role.

Milton Leite even lent his voice to a football game for the first time in 1999, precisely in a FIFA. Journalist and presenter Tiago Leifert has narrated in the digital world since FIFA 13. The narrator Milton Leite has been in the Konami game for three years.

In addition to international stars like Maradona, Johan Cruyff, Ruud Gullit and Lothar Matthäus, there are also Brazilians on the list. Former players Zico, Romário, Bebeto and Roberto Carlos are on the list of personalities who have partnered with Konami. All of them had their faces scanned and can be used to train teams and teams in the Master League.

5. PES 2020 Lite
The Konami released in December 2020 PES Lite , a free version of the game. Available for PS4, Xbox One and PC (Steam), the game has thirteen clubs, including Barcelona, ​​Manchester United, Arsenal and Brazilians like Corinthians, Flamengo and Palmeiras. In addition, the title has local offline matches and online modes like Matchday. This is one of the main attractions of PES compared to rival FIFA, which only has a free version for mobile phones. Learn how to download PES 2020 Lite free on PC (Steam), PS4 and Xbox One .

Troye Sivan shares his story with BTS and how he managed...

According to a Study, PlayStation is the Console Brand with the...

Microsoft Installing New Edge on All Windows 10 Computers with a...

Concept Design of PS5’s Box That We Have Not Seen Yet...