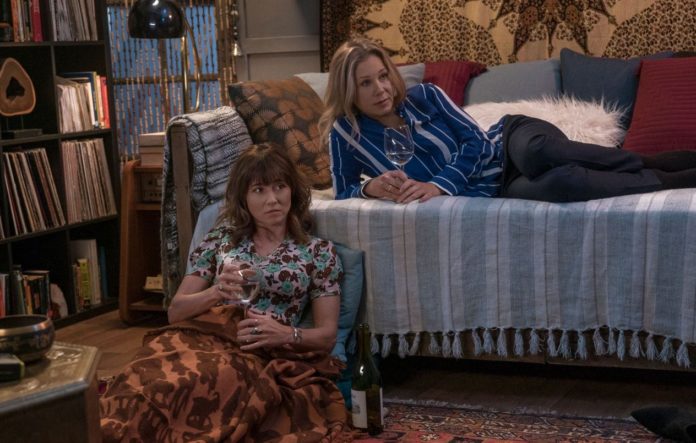 The first trailer of the second season of Dead To Me, created by Liz Feldman, which is the name behind the productions like 2 Broke Girls and One Big Happy, has managed to get a passing grade with its first season.

Describing the relationship of two completely opposite women, which turned into friendship during the difficult mourning they passed through, the starring of Dead to Me includes Lindsey of Freeks and Geeks, Linda Cardellini and Kelly Apple of Married With Children, Christina Applegate. Despite the contrasting characters of cynical and pessimistic Jen and more positive and free-spirited Judy who started to meet and become friends in a psychological support group, the duo came together with James Marsden, Diana Maria Riva, Natalie Morales, Valerie Mahaffey, Sam McCarthy and Accompanying names like Luke Roessler.

Describing mourning and dealing with pain from different perspectives and perspectives, Dead to Me will take its place on Netflix on May 8 with the story of our characters who wonder how to deal with the complex situation left by the first season.

BTS will have a collaboration with Samsung, We tell you all...

The theories that ensure Farah Dowling as Bloom’s mother