Home News The First Trailer From Rumble, An Animated Movie With Its Interesting Subject 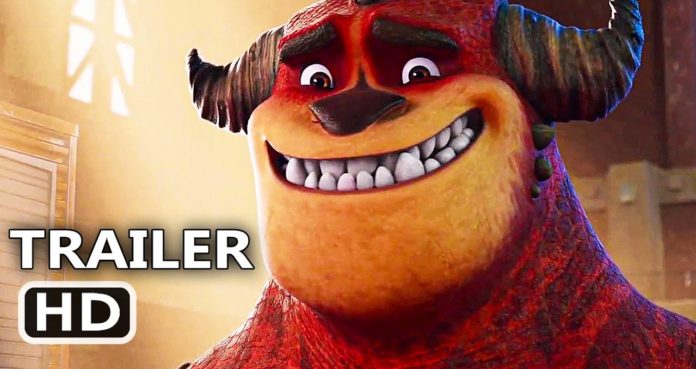 Paramount Animation shared the first trailer of the highly anticipated animated movie Rumble. The movie, where Hamish Grieve sits in the director’s chair, takes place in a world where giant monsters fight each other as professional athletes.

Hamish Grieve, who has been an animator of popular productions such as Shrek series, Monster vs Aliens and Rise Guardians, is getting ready to appear with his first feature film, Rumble. Paramount Animation has released the first trailer of the new animated movie Rumble, which he has been working on for a long time.

The film follows Winnie’s story, who wants to be a successful wrestling trainer like his father in a world where giant monsters fight each other as professional athletes. Steve, a gigantic and inexperienced monster that will cross paths with Winnie, comes to life with the voice of Will Arnett. Geraldine Viswanathan voices Winnie. Ben Schwartz, Terry Crews, Jimmy Tatro and Fred Melamed are other names in the film’s original voice cast.

Rumble, which is signed by Paramount Animation, does not look as impressive as the animations of Disney-Pixar, one of the studio’s biggest rivals, but its popular cultural humor intends to appeal to the parents who take their children to the film.

The fantastic animation animation Rumble, directed by Hamish Grieve and written by Etan Cohen and Matt Lieberman, will meet with the audience on January 29, 2021. You have a pretty long time to see the movie.

IntoTheBlock: The Rise Of The Chainlink Did It For Them