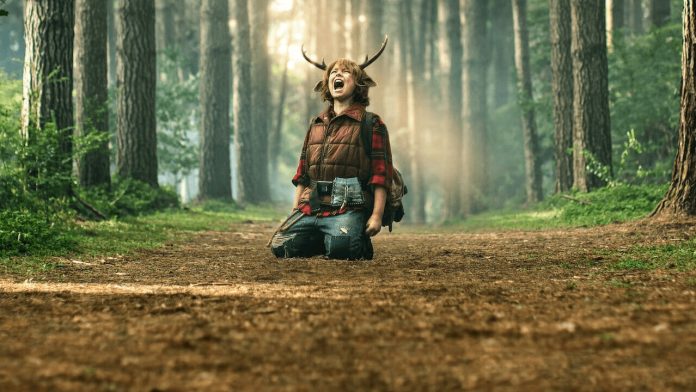 A new DC adaptation series is coming from Netflix. The new series called Sweet Tooth, whose first trailer was released, is based on a DC comic. The series depicts the journey of a half-human, half-deer boy, known as a ‘hybrid’, while running away from people who are chasing him. Netflix is ​​preparing to come out with a new series soon. Based on a DC comic, the series tells the story of a ‘hybrid’ boy who is half human and half deer. Countless children, like this hybrid child, are born after the world ‘Big Crash’ and it is unknown why they were born this way. The production, which focuses on the story of hybrid children that people pursue and want to end, makes us a partner in the liberation journey of our half-human, half-deer character Gus.

The first trailer of the series was released today. In the trailer where we take a brief look at Gus’s story, we also see that the world is in a depressing state. Set in a world where people pollute with greed and hatred, and ‘nature makes everyone sick’, the story takes place on a journey that Gus embarks on to meet with children like himself and live in safety.

The series, which will add a new one to the post-apocalyptic world scenarios, seems to have created a universe that many of us will feel familiar with, considering today’s problems that make us say ‘what are we living in’.

In the series, we will also witness the clashes of a group that is committed to destroying the hybrids and another group of those who fight to protect them. Announced as a ‘post-apocalyptic fairy tale’, Sweet Tooth was produced by Robert Downey Jr. and Jim Mickle sits on the director’s chair. The series will be on Netflix with all episodes on June 4th.

The Ascent Arrives in July for Steam and Game Pass (PC...