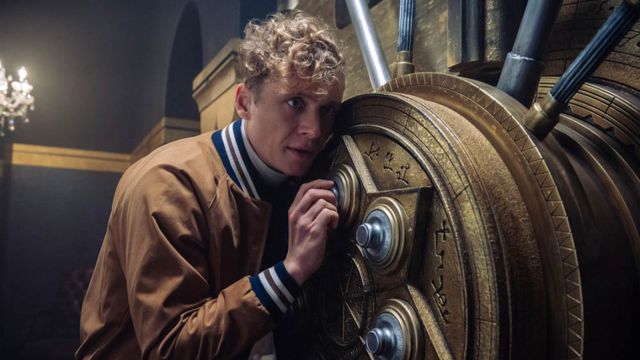 Army of Thieves: The new film of Zack Snyder’s own zombie universe for Netflix presents its first trailer at Comic-Con focusing on the thief Ludwig Dieter. We continue with the novelties of Comic-Con, this time, with the first look at Army of Thieves, the prequel to Zack Snyder’s Army of the Dead for Netflix, which will be released “soon” on the popular streaming platform without determining its specific date, although before the end of 2021. And it does so with a first trailer that you can see heading this news, revealing a very different style to the zombie massacre that we saw not long ago from Snyder’s hand.

Directed by Matthias Schweighöfer himself

And it is that Army of Thieves tells us the story of Ludwig Dieter, that scary thief of safes that we met in Army of the Dead and played by Matthias Schweighöfer; and it is Matthias Schweighöfer himself who directs this prequel, with Zack Snyder only serving as producer. The plot takes place right at the time of the worldwide zombie outbreak, when the character of actress Nathalie Emmanuel (Missandei in Game of Thrones) recruits the thief for a major heist.

Although it is already expected that the presence of zombies will be very small on screen (perhaps only by way of winks in news or similar), Army of the Thieves hopes to give some answers to certain enigmas of Army of the Dead. Even so, everything indicates that it is more of a film of robberies and action than of the living dead, despite being set in the same universe.

The cast is completed with names like Guz Khan, Ruby O. Fee, Stuart Martin, Jonathan Cohen, Noemie Nakai, Peter Simonischek and John Bubnia. Army of Thieves premieres this 2021 on Netflix, on a date yet to be confirmed. Let’s remember that Snyder already works in Army of the Dead 2 and in an animated series from the same zombie universe, all for Netflix.