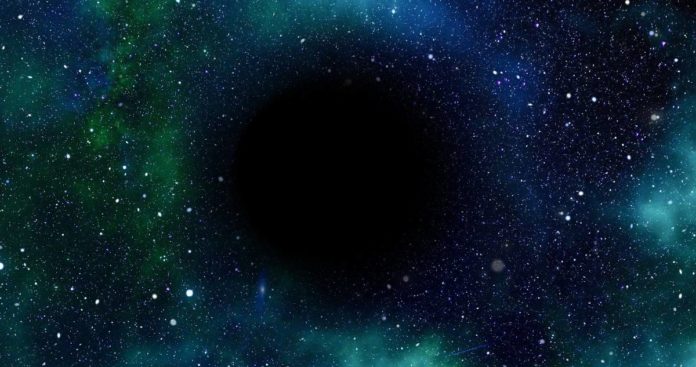 Scientists who have been working on black holes for a long time have announced that for the first time they have observed the merging of two different sizes of black holes. Black hole collision is known as both a very rare and extremely difficult to observe natural phenomenon.

Scientists have long been studying the fusion of black holes using gravity wave detectors. While scientists were reviewing data from a black hole mergers last year, they encountered a black hole collision signal that was not similar to the signals obtained to date.

It has been observed that black holes mergers observed up to this time usually have black holes of equal size with each other. However, in a signal obtained last year, two black holes, one of which is three or four times larger than the other, were found to be united.

Scientists from the Interferometer Gravity Wave Observatory (LIGO), which detected the interesting black hole merger, shared their discoveries with other scientists on April 18 at the online meeting of the American Physical Society.

Scientists using LIGO examined 10 black hole mergers in two studies they conducted in 2015 and 2017. In the study, it was observed that approximately the same size black holes collide by colliding. In the new study with LIGO in 2019, a different merger signal was detected from the other 10 merger.

LIGO scientist Frank Ohme from the Max Planck Mass Physics Institute in Germany said, “We have detected several binary black hole mergers before. However, there has never been a time when a black hole combined with a black hole four times larger than itself. ”

Maya Fishbach explained that they obtained an important data set consisting of more than 50 determinations in the third study with LIGO before their studies were interrupted due to the coronavirus outbreak.

Scientists who interrupt the observation study due to the coronavirus outbreak analyze the latest data obtained by LIGO. Merger data similar to the merging of two black holes of different sizes may also be included among these data.

Strikingly, the asymmetrical fusion of the two black holes caused scientists to rethink the black hole pairs. Now the scientists who are examining the data are waiting for the signals that they will encounter similarly. Fishbach said this single incident they observed was a big step in understanding black hole mergers.

Bipolar Disorder: What Is It And What Are The Symptoms