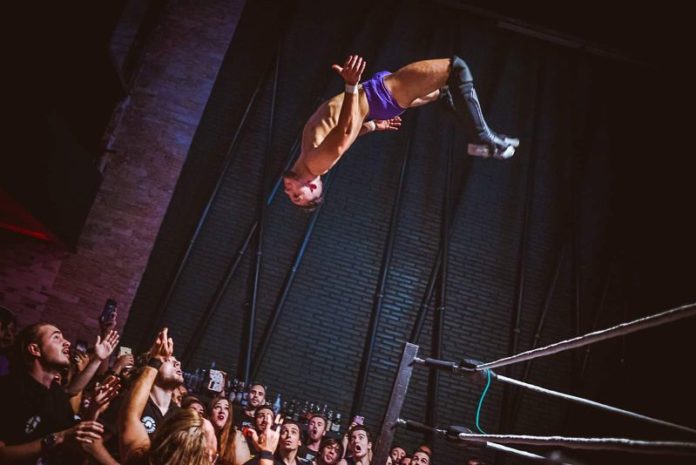 Spanish fans of a certain age know him as “pressing catch”, as a result of the name that was good to put the television channel that broadcast it in the early ‘90. For many, its cataloging as a sport is more than doubtful.

Since the blows that the wrestlers do are feigned, or exaggerated until the blush, and that it is difficult to speak of combat or real competition. But what nobody doubts is that wrestling (translatable into our language as “professional wrestling”) is an extremely popular show worldwide and that some of its superstars (Hulk Hogan, The Undertaker, Rey Mysterio and many others) They are already part of the collective imaginary. Even some, like Dwayne “La Roca” Johnson, have made the leap to “conventional” cinema.

For this reason, the news we have known this weekend is very relevant: the World Wrestling Entertainment (WWE), the most important franchise of this activity worldwide, will have for the first time in its history a Spanish fighter. He is from Madrid, has just turned 22 and is known by his stage name A-Kid, which is the abbreviation of “the anonymous child”, so unfortunately we can not report his real identity.

Specifically, A-Kid has signed for NXT UK, the UK branch of WWE. It is true that it is a lower step and that at the moment it will not rub shoulders with the great superstars, but it has already managed to get into the company, which is more than any compatriot has ever achieved. The closest precedent is that of Kane, the alias of Glenn Jacobs, who has been there since 1995 and, according to the documents, was born in Torrejón de Ardoz … because he is the son of US military who were quartered in that Madrid base, but very He soon returned to North America and grew up in the state of Missouri.

A-Kid is not worried about starting from the bottom, because as he himself has said on his Twitter, “this is the beginning of something very big” for what he has been preparing for years. Because, despite his youth, he already has a lot of experience in this industrial entertainment based on blows. At his age he has already been three times champion of the Triple W, the tournament organized by White Wolf Wrestling and considered the most important in Madrid and the most relevant in Spain along with those in Barcelona. It should be noted that wrestling has greater weight in the Catalan city due to the greater emigration of Mexicans, a country where this activity raises real passions.

The young wrestler has told in an interview that until relatively recently he did not seriously consider living in this business. His hobby, yes, comes from small, to see him as a spectator on television; According to him, at age 10 he found a gym on the internet where specific training was done, he tried it and he liked it so much that he decided to leave football, the other sport in which he competed. Little by little he improved his technique, but the turning point came in 2017, when the American Ricochet, one of the greats (three times world champion), came to give an exhibition to Madrid and A-Kid had the opportunity to participate in she.

The show, the experts judge, was extraordinary and put the young Spaniard on the map. He formed a partnership with Carlos Romo from Cádiz and began participating in international tours in the independent circuit; they fought against prestigious rivals like Zack Saber Jr or Will Osprey and little by little they won the public’s favor throughout Europe. So until WWE noticed him; first, the couple participated in a fight in April (in which they were defeated), and then, after separating the duo, the British called A-Kid this month to hire him and integrate him into the company’s roster, that is, in the list of fighters on the payroll who will participate in the different sessions as the organizers decide.

In principle, like all debutants, its role will be very secondary, but it can progress and gain more prominence little by little. Who knows, if you do well, you may end up jumping and reaching the main franchise programs in North America, such as Raw or SmackDown. Because it is true that everything is scripted and choreographed, but still, as in the case of film actors or musicians, practice, constant training and, of course, natural talent are determining factors to win the favor of public and whether a professional career succeeds or not. What seems clear is that in the short term, with the exception of the fight against Mike Quackenbush that is already signed and that will take place on October 27 in the Shoko room of Madrid, he will not be seen fighting many more times in Spain, since WWE and its subsidiaries usually sign very rigorous exclusivity contracts.