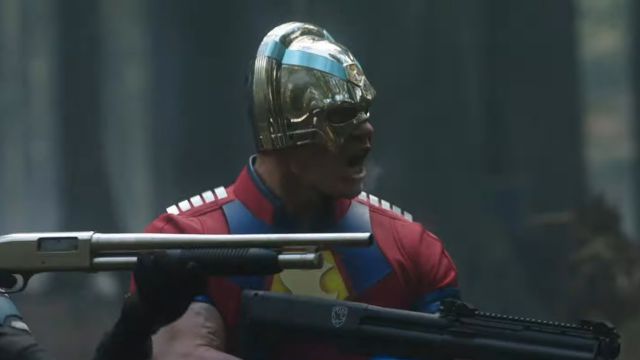 HBO Max offers a look in trailer form of all the news coming to the platform with the first footage of the new DC series with John Cena. Peacemaker, the next DC series that will air on HBO Max in January 2022 by James Gunn, offers its first scenes as part of a new promotional trailer along with the next news that will arrive in the coming months on the streaming platform . Thus, after his participation in the new version of The Suicide Squad, John Cena returns again as the controversial Peacekeeper from DC Comics.

Thus, from the second 30 of the video we can enjoy the first footage of the new series by James Gunn, director of DC’s The Suicide Squad and Marvel’s Guardians of the Galaxy, with its charismatic protagonist, John Cena, who already gave good proof of what his violent and morally questionable character can give of himself, capable of anything to achieve his goal: “peace”.

During the few seconds of scenes in the series we see several interventions by Peacemaker in which he assures that his suit is more of a uniform than a disguise, other sequences of shots with which he manages to draw the symbol of peace with a clean shot or another scene in the one that comes out of his old American muscle car.

Peacemaker premieres on HBO Max in January 2022, at which point the Warner Bros. streaming platform will already be available in Spain. The series, directed by James Gunn, consists of eight episodes and has a cast led by John Cena, who returns after his role in the new Suicide Squad.

The trailer offers new glimpses of other productions that will also arrive on HBO Max, from series such as Euphoria, Succession, Insecure, Gosspi Girl or The Sex Lives of College Girls to films such as King Richard, Dune or The Matrix Resurrections.