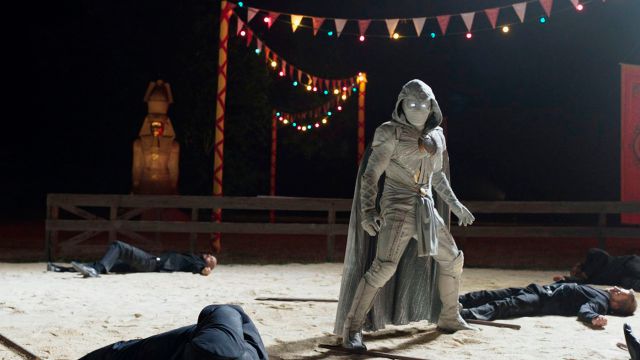 Moon Knight: With only a few days to go before the premiere of the Disney + series, the first reviews make it clear that an atypical series awaits us for the UCM. The Marvel Cinematic Universe will be in the news continuously throughout the year 2022. Series and movies; movies and series, as we want, but the same destination: Disney +. Moon Knight is the new date for fans of this universe, a miniseries starring Oscar Isaac in which the origin story of Marc Spector, a former mercenary turned envoy of the Egyptian God Khonshu, will be narrated. His dissociative identity disorder (DID) will be one of the backbones of the plot, whose first reviews are quite positive.

Different specialized media have already been able to see the first 4 episodes of Moon Knight (it has 6 episodes in total) through its world premiere in Germany and, broadly speaking, everything indicates that it will be very different from the tone we are used to at Marvel Studios .

Media such as Collider point out that Oscar Isaac is “the best addition to the MCU” since Robert Downey Jr, which suggests that his performance will be at a high level. The BBC, with Ashanti Omkar at the helm, ensures that we must put Moon Knight on our to-do list and highlights not only Isaac, but also May Calamawy, who plays Layla. On Zavvi, Emily Murray says that she “isn’t as crazy as she’d hoped…but a later episode hints there’s going to be a lot more to this.” Finally, Digital Fix underlines that the bet brings together a “good mix of terror, action and humor”.

One of Moon Knight’s commitments is to treat Marc Spector’s mental health in a serious, not trivial, way. This is how Oscar Isaac explained it. Steven Grant, the protagonist, is a gift shop clerk with memory loss. For some reason, he experiences flashbacks from another life. That double identity will go hand in hand with all kinds of paranormal and superheroic situations. Action, suspense, touches of terror and much more.