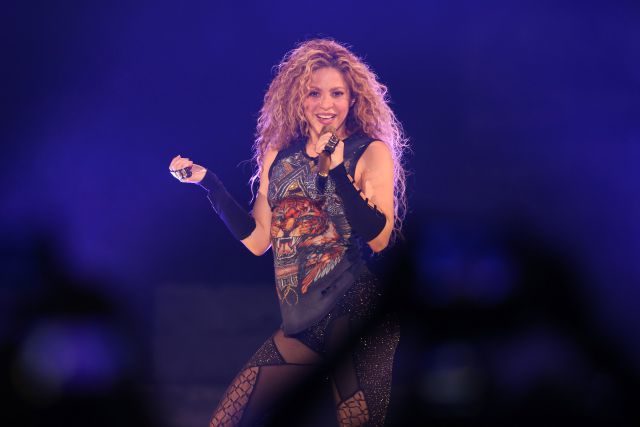 On the 13th, Shakira made the leap to cinema in 60 countries around the world with his documentary feature film Shakira in concert: El Dorado World Tour. In most cities it could only be seen on that date, except for some lucky ones who also enjoyed it the next day. Of course, if you have the desire, the singer herself has announced that more cities and countries will be announced soon before its DVD release.

A film that revives one of the most special tours of the artist’s career: El Dorado World Tour. After suffering a problem in his vocal cords, Shakira experienced one of the toughest personal moments of his life that he finally overcame. A mishap that shows the most human face of the Colombian in a true story full of personal strength that has excited her fans from all corners of the world.

Shakira, to the family cinema
The first one that of course did not want to miss his appointment with the big screen was the protagonist. Accompanied by Gerard Pique and his whole family, they enjoyed together one of the most special moments of the singer’s career.

Dancing in the cinema
A film that revives the emotions of their concerts. Reason for more so that Shakira’s followers cannot contain themselves and stand up to move their hips in the middle of the movie theater. One of the reactions that most excited the artist who shared this message on their networks: “Omg! This has made me smile! People dancing in theaters! That is new! I love it! #ShakiraFilm”

Fan reactions to Shakira in concert: El Dorado World Tour
Social networks or fit in flattery for the movie about the El Dorado tour. The messages of thanks to the artist, as well as the people who claim to have revived the emotions of past concerts or even this last tour, have multiplied during these last days through the hashtag #ShakiraFilm.

This video of a cinema in Mexico full of people moving to the sound of music posters with the photo of Shakira accompanied by the phrase “T’estimo”, that is, “I love you” in Catalan. He has been one of those who has definitely touched his fiber.

Beyond the musical, many other followers praise other facets of Shakira, also known for her solidarity efforts. As is the case with this twittera, which echoes the singer’s message regarding the education of the little ones.

Shakira falls apart in thanks to her fans
Of course, before such a worldwide impact and all these signs of affection, Shakira has made public many thanks to all his unconditional. A very special experience for her in which she has verified that it has also been so for all her fans.