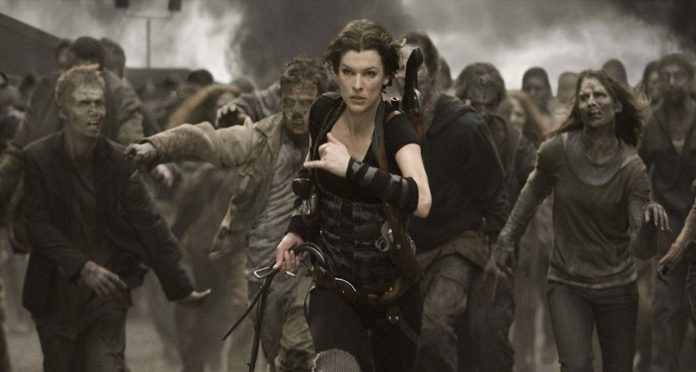 The first poster of the new movie to be adapted from the legendary video game series Resident Evil has been released. Chac Rook, who will portray the character of Richard Aiken, whom we know from the game series, shared the new Resident Evil movie poster and the date of his vision on the social media site Twitter.

In his post on Twitter, the player said, “Are you ready?” he presented the poster of the movie to his fans. It should be noted that the image is not shared from any Resident Evil or movie studio accounts. With trees and a red background in the foreground, the poster looks quite successful at first. On the other hand, the release date of the film was announced in the post. September 3, 2021 will be the date when we will watch the new RE movie at the cinema.

Filming of the film, in which Johannes Roberts, who is the writer and director of the movie 47 Meters Down will take the director’s chair, was completed in late December. In addition to Chad Rook, the film will feature actors such as Kaya Scodelario, Robbie Amell, Hannah John Kamen, Avan Jogia, Tom Hopper, Lily Gao, Neal McDonough and Donal Louge. Regarding the film set in Racoon City, Roberts previously said, “I really wanted to go back to the first two games and create the horrible, instinctive experience I had when I first played. “I also planned to do something about the dying little American town that is based on a human story,” he said.

The new Resident Evil movie isn’t the only adaptation from Capcom’s iconic game series. Because Netflix licensed two different productions for the series. One of them will be a series that will be set around two new characters from the Wesker family living in New Racoon City, and the other will be an animated series about Leon Kennedy and Claire Redfield.