Home Entertainment First Official and Leaked Images of Supergirl in The Flash: This is... 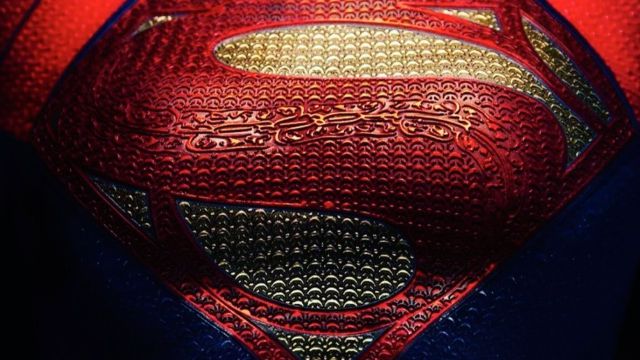 Supergirl: Andy Muschietti publishes the Supergirl logo and the first photos of filming with various characters are leaked: Supergirl herself, Barry Allen and Bruce WayneAs Andy Muschietti has been doing in recent weeks, the director of The Flash has shared another preview of his new DC movie, this time showing the detail of the Supergirl logo of actress Sasha Calle’s new suit, revealing a look that is It closely resembles the Lara Lane Kent comics version. Although a few hours later new photographs of the filming have been leaked that let us see the new Supergirl with her full suit, thus confirming the appearance of the superheroic daughter of Superman and Lois from another Earth; In turn, these photos have allowed us to see for the first time both Ezra Miller as Barry Allen and Michael Keaton as Bruce Wayne, as well as Kiersey Clemons in his role as Iris West, Barry’s love interest.

Thus, and from the first photo of the logo published by its director, fans already point out that it is the version of the superhero of Jon Kent in Future State, to which we must add the new haircut of Sasha Calle, very similar to that of said version of Supergirl, a very different look from the more classic appearance of the character that we have seen in recent years in his own Arrowverse series.

Of course, as often happens with this type of filtered filming photos, the appearance of the characters, especially when they wear their superhero costumes, are pending post-production retouching, in addition to the addition of the cape. Still, Supergirl’s new look is certainly spectacular. On the other hand, we have the first photos of Ezra Miller and Michael Keaton, playing their characters Flash / Barry Allen and Batman / Bruce Wayne from 1989. As a curious detail, we can see that Barry Allen wears a ring; Is this the iconic ring from the comics that Flash keeps his suit in?

In the leaked photos we also see actress Kiersey Clemons as Iris West, who returns after her brief appearance in Zack Snyder’s Justice League. At the moment the plot of The Flash is unknown, although everything points to a very free adaptation of Flashpoint, in which Flash travels through the DC multiverse to save his mother, Nora Allen, played by Maribel Verdú.