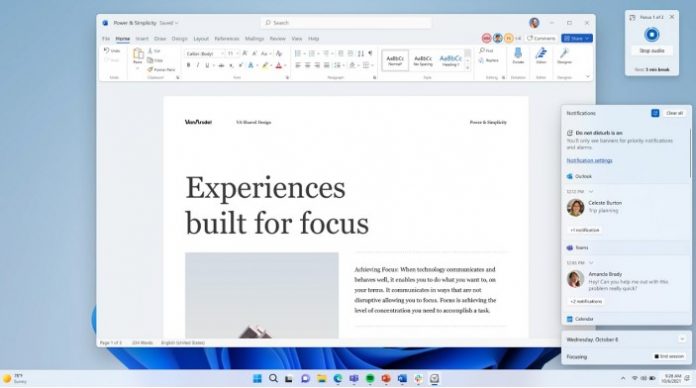 Microsoft has released the first major update of Windows 11 — 22H2. The update, which will gradually reach users, has brought many innovations and security features. Here are the brand new features of Windows 11…

Windows 11, which the American technology giant Microsoft launched in October 2021, received a major update today. This update called “Windows 11 22H2” was recorded as the first major feature update for Windows 11. So, what does the new Windows 11 update offer the user, which is gradually becoming available in more than 190 countries?

When we look at the blog post prepared by Microsoft, we see that the Windows 11 22H2 update is compiled under four headings. These names; easy and safe use, best gaming experience, productivity and special management tools for workplaces. Now get together; let’s take a look at the brand new features of Windows 11.

New accessibility features will provide an unprecedented experience for users with disabilities!

One of the most striking innovations in the Windows 11 22H2 update is intended for users with disabilities. According to Microsoft, the operating system now supports live subtitles. Thus, users with disabilities will be able to directly see the written texts while watching or listening to something. In addition, Windows 11 users will be able to use their computers by voice, as well as write texts by voice.

According to Microsoft, the Windows 11 22H2 update will provide the best performance offers to date. In context; When we look at the prepared new functions, we see that the window insertion function has been improved. Now users will be able to split their screen between additional options. Moreover, specially optimized layouts for touch screens will allow users to actively use multiple windows at the same time.

A few years ago, Microsoft introduced a feature called Focus Assist. When this feature was activated, notifications from apps were disabled and users were allowed to focus only on what they were doing. In Windows 11 22H2, this feature has also been updated. Focus Assist is now integrated with the Watch app. Thus, users will be able to activate the timer and even receive notifications about breaks.

There is no need for a separate application to use effects in video calls!

Thanks to a new feature called Windows Studio Effects, Microsoft will provide users with the best opportunities for video and audio calls. According to the statement, users will now be able to create effects such as background blurring without having to use an external application. In addition, with artificial intelligence, the camera will be displayed moving as the user moves. This ensures that the image will always be stable.

An application for creating and editing videos called Movie Maker, offered by Microsoft in Windows 7 and earlier operating systems, has returned as Clipchamp in Windows 11. Microsoft, which has long completely redesigned the application offered in the Microsoft Store and equipped it with completely new features, announced that Clipchamp will be among the pre-installed applications. According to Microsoft, Clipchamp is most useful for content creators.

Samsung Galaxy A51 vs A52: which cell phone to buy?