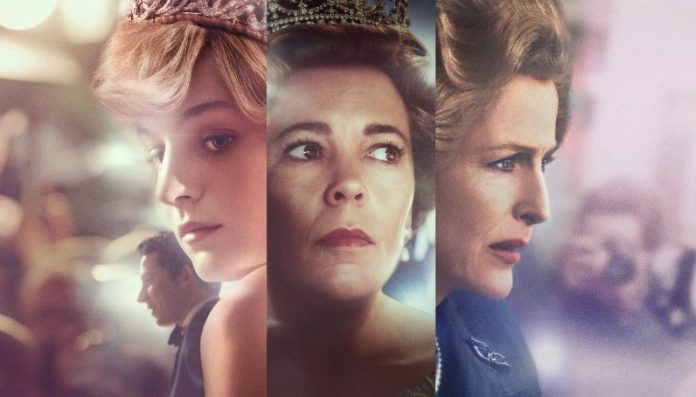 New images from The Crown series continue to emerge. Princess Diana and Prince Charles were seen for the first time in the highly anticipated series.

Netflix original content The Crown is getting ready for the new season. The series, which is about the British royal family, will appear in front of its fans with its fifth season. Important information about the new season, which will consist of 10 episodes in total, has emerged.

Through the Netflix Twitter account, the characters of Princess Diana and Prince Charles, who starred in the series, were shared with their fans for the first time. With the sharing, the first images of the highly anticipated names from the new season appeared.

Here’s the prince and princess of The Crown season five

Princess Diana and Prince Charles have a key role in the series, which will put the royal family at the center, which was also frequently the subject of the tabloid agenda in the early 1990s. The characters, who were included in the series in the last season, will be at the center of the story with new episodes.

Princess Diana’s Elizabeth Debica, Prince Charles’s while Dominic West will play. The much talked about a couple of the 90s will appear in front of the audience with unknown details. In the highly anticipated fifth season, Queen II. Elizabeth will be played by Imelda Staunton.

The broadcast date of the fifth season, which will tell about turbulent and intrigued times, has not been announced exactly. According to the first information, it is unlikely that new episodes will be published before 2022. The Crown, which takes its place among the productions affected by COVID-19, will have to keep its fans waiting for a while.

The Crown will end with its 6th season

The series, which is expected to be shared with its wide-ranging staff in the near future, will bid farewell to the screens with its sixth season. The creator of the series, Peter Morgan, was aiming to make the final with the fifth season under normal conditions. However, the master name, who later changed his mind, managed to convince Netflix as well.

Capturing a different atmosphere with its documentary-like narration, The Crown’s sixth season is being kept as a secret. The only known detail is Queen II. Elizabeth will be played again by Imelda Staunton. However, the fact that the royal family, whose intrigue never ends, will bid farewell to the screens, also upset the audience. Let’s see if the series will meet the expectations with its new season. We’ll wait and see

Do not forget to share your views and comments about The Crown series with us.

Oddworld: Soulstorm Will Have an Xbox One and X|S Series Version