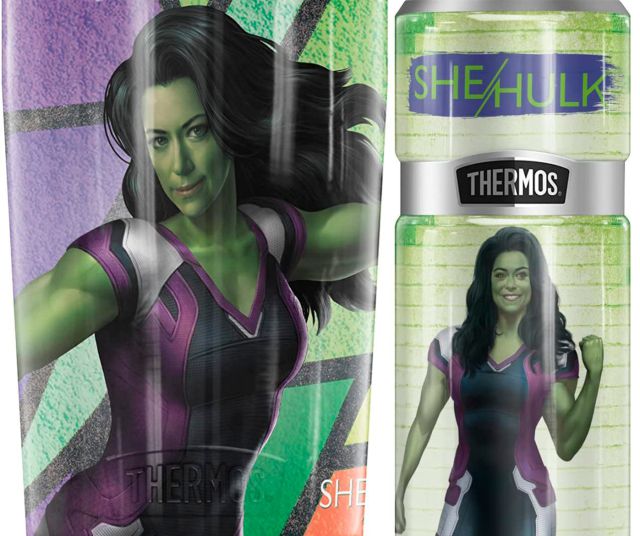 She-Hulk: One of the next UCM series to arrive at Disney + can be seen through various merchandising objects with the appearance of the transformed actress. She-Hulk, one of the new UCM series that will soon arrive on Disney+, is finally being seen through different merchandising objects, revealing the appearance of the actress Tatiana Maslany transformed into She-Hulk or She-Hulk. So much so, that several of these arts have been leaked in which we can see Jennifer Walters in different poses, equipping the suit that could be seen briefly in her first teaser trailer and showing the actress’s face in a really muscular body generated by CGI.

And it is that after a first teaser in which we barely saw She-Hulk from behind for a second, we can finally see what the new and powerful superheroine of Marvel Studios will look like, following a CGI technique similar to that of Mark Ruffalo’s Hulk, that is to say , betting on a fully CGI character to which the face of his interpreter is added through facial motion captures.

Apparently, She-Hulk will maintain a more contained body size than the representation of the Hulk on the big screen, although we will also see a She-Hulk taller and more muscular than the actress herself. In She-Hulk we will also see Bruce Banner/Hulk, in addition to confirming the presence of Abomination, whom we already saw in Shang-Chi and the Legend of the Ten Rings with Wong as a cameo.

The cast of She-Hulk is completed with names like Tim Roth as the aforementioned Abomination, Jameela Jamil as Titania, Renée Elise Goldsberry as Amelia, Jason Edwards, Abigail Esmena, Robert Tinsley, Ginger Gonzaga, Josh Segarra and Nicholas Cirillo, among others. Additionally, the latest rumors point to a Charlie Cox cameo as Daredevil following his brief introduction to the MCU in Spider-Man: No Way Home.