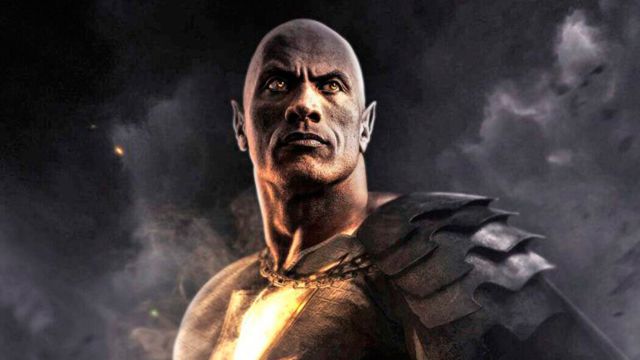 Dwayne Johnson: The famous actor shares a mysterious image characterized as the powerful antihero of DC along with an image of the filming set. Black Adam, one of the most anticipated Warner Bros. and DC films, is currently in full swing, although for now nothing remarkable has transpired from a production that is kept totally secret. Although Dwayne Johnson himself, its main protagonist, wanted to share some first images of himself characterized as Black Adam (despite the fact that it is a first and dark teaser) and of the filming set, announcing that it is a great film production.

This is what the Rock’s Black Adam looks like

Black Adam, a film directed by Catalan filmmaker Jaume Collet-Serra, will tell us about the origins of the powerful antihero Black Adam, in addition to introducing the Justice Society of America or JSA, a group of heroes among They include Noah Centineo as Atom Smasher, Quintessa Windell as Cyclone, Aldis Hodge as Hawkman or Pierce Brosnan as Dr. Fate, among others.

Thus, Dwayne Johnson himself shared an image of the filming set along with the following text: “I wanted to show you this great image of our enormous scale and massive production efforts on our sound stages. Come closer and take a look. We are reaching our midpoint and our world-class production team continues to demonstrate why they are the best in our industry, ”confirming that filming is at its midpoint.

On the other hand, and in response to fans who wanted to see more of the production, Dwayne Johnson has shared a new image, this time, of himself characterized as Black Adam, yes, with a kind of robe on him that barely leaves see nothing of the suit beyond his boots and his commanding presence: “If you know comic book mythology, then you know where his pain comes from. His rage. His wife and his children murdered. His people brutally enslaved. He is not a superhero, but a champion. Champion of the poor and beaten. Champion of the people. And he is the most unstoppable force in the DC Universe ”, writes The Rock himself in his official Instagram account.