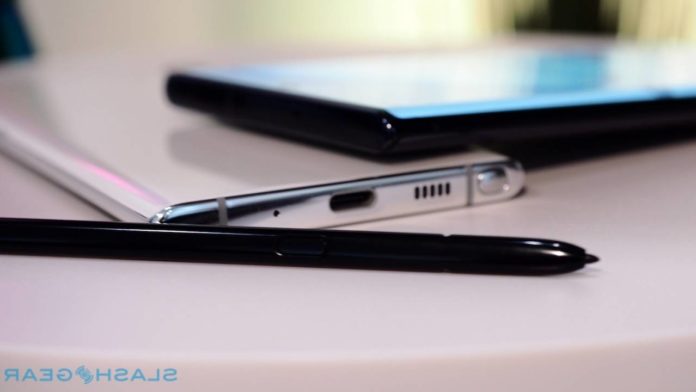 South Korean technology giant Samsung is the number one name in the smartphone industry. The company does everything it can to avoid losing this title. The company will soon introduce the new flagship Galaxy S20 series, the Galaxy Note20 series in summer, and other mid and entry segment phones throughout the year.

Samsung announced the Galaxy Note10 series in August last year. About 5 months after these models were announced, Samsung decided to do something that it hadn’t done before, along with the Galaxy S10 Lite, with a model called Galaxy Note10 Lite. Now we are facing a general design of the newest members of the Galaxy Note family.

Samsung Galaxy Note20 might look like this
This image shared by Ice Universe reveals that the Galaxy Note20 will be the control keys on the left base. In addition, the rectangular rear camera setup is also exposed. It can be clearly seen at the bottom of the phone that there will be USB Type-C, speaker, microphone and S Pen inputs. However, the image in question does not reveal another detail of the phone.

We also cannot say anything clear about the technical specifications of Samsung’s upcoming flagship. However, we can say that the Galaxy Note20 series will have at least 8 GB of RAM and will be powered by Snapdragon 865 or Exynos 990. Of course, the Galaxy Note20 will come with a battery with at least 4,500 mAh capacity, which will have high speed charging support.

Campus: Bac + 5 graduates find it difficult to find a...