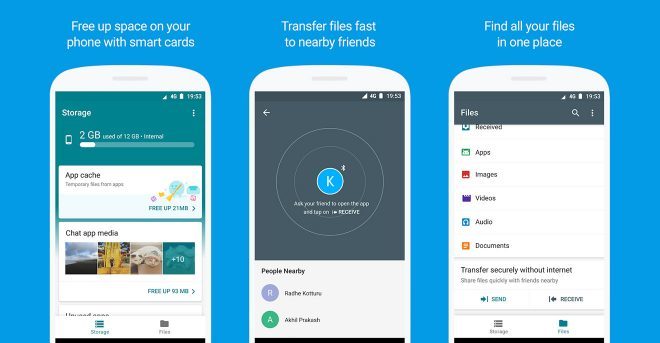 Android and iOS operating systems have various advantages and points where they can dominate each other. Google is about to strengthen its hand in file sharing, one of these areas where iOS has a strong hand.

One of the most useful and practical services in the Apple ecosystem is that there is no similar service in AirDrop and Android operating system (du). However, a few days ago, Samsung’s service called Quick Share appeared, and now details about Google’s own service have appeared.

According to the news in XDA, the AirDrop alternative service developed by Google will be Nearby Sharing. With this service, which works just like AirDrop, you will be able to share your photos or files with nearby devices, even with people who are not in your guide.

Nearby Sharing
XDA Developers showed the working principle of Nearby Sharing in a video he shared from his YouTube account. It can be seen that the video shared no problems, discovered nearby devices and transferred the image in seconds.

There are various privacy options in Nearby Sharing, just like AirDrop. These privacy features include options such as determining who can transfer files to you. Currently, the devices for which the application is available include Pixel 2 XL, Pixel 4 and OnePlus 7T Pro.

The most striking aspect of this service is that it can be used on almost any device with access to Google Play, including Chrome OS devices. With the launch of this service, iOS will have lost one of the areas it dominated against Apple.

Of course, the service has not been officially released yet and there is no explanation by Google. Therefore, it should be reminded that what has been said has not gone beyond the stage of claim yet.